“You’ll own nothing. And you’ll be happy”

The infamous quote opening World Economic Forum (WEF)’s 2016 video, “8 predictions for the world in 2030,” said it all. The abolition of private property is an example of control central to Marxist ideals. Perhaps this similarity was apparent enough that the WEF deleted the video. Another anti-individualist philosopher, Thomas Malthus, was an early proponent of population control. The Biden administration has a cheerleader for Malthusian principles in its head of Bureau of Land Management, Tracy Stone-Manning, who explicitly endorsed population control. Stone-Manning’s thesis included proposed PSAs, including a print ad featuring this quote advocating for American families to have no more than two children:

“Stop at two. It could be the best thing you do for the planet.”

These statements epitomize what’s wrong with the international policy community and the current administration. They are embracing a Malthusian worldview: that humans are the problem, and that the human population will outgrow available resources and therefore must be controlled. The neo-Malthusian approach regarding government, society, and technology is so dystopian that it defies the principles upon which the United States was founded upon. More importantly, this philosophy has been proven wrong time after time.

Policy leaders of developed countries are essentially pursuing an authoritarian, collectivist agenda that is frequently using the specter of climate change to usher it in. One such leader is Justin Trudeau of Canada, whose deputy prime minister Chrystia Freeland is a member of the WEF’s Board of Trustees. The Prime Minister’s WEF profile characterizes his approach this way: “Justin’s vision of Canada is a country where everyone has a real and fair chance to succeed.” Compare this with the time Trudeau stated this at a conference in 2013:

“There is a level of admiration I actually have for China because their basic dictatorship is allowing them to actually turn their economy around on a dime and say we need to go green, we need to start, you know, investing in solar…There is a flexibility that I know [Prime Minister] Stephen Harper must dream about: having a dictatorship where you can do whatever you wanted, that I find quite interesting.”

The People’s Republic of China is not a country in which “everyone has a real and fair chance to succeed.” It’s the world’s most powerful dictatorship. It is also clear as of this year that the CCP economy has not been turning on a dime: the latest economic data has illustrated a contraction with few signs of hope. The CCP perhaps epitomizes Malthusianism in its purest form with its infamous one-child policy that was imposed on the population from 1979 until its end in 2015. This policy prohibited Chinese families from having more than one child, seeking to limit population growth. But this policy has put the PRC itself at risk — and the government now knows it, seeking to course correct. Just last year the PRC, facing a demographic shortfall, reversed course further by allowing families to have up to three children.

A number of “command economy is the way forward” adherents have an increasing amount of influence in the United States. Take the Green New Deal — the proposal promoted by progressive lawmakers in the United States such as Alexandria Ocasio-Cortez. While intoning “adopt the Green New Deal to save the planet” constantly, the real motivation was laid bare when her former chief of staff essentially admitted that its goals are not related to the environment. Saikat Chakrabarti stated in a profile by The Washington Post: “The interesting thing about the Green New Deal is it wasn’t originally a climate thing at all…Do you guys think of it as a climate thing? Because we really think of it as a how-do-you-change-the-entire-economy thing.” This admission would seem to illustrate the deceptive nature of the proposal.

Scientist Michael Shellenberger has emerged as a major critic of the approach of Ocasio-Cortez and other neo-Malthusians, zeroing in on the root philosophy at play, stating in a Quillette column that:

“The most doctrinaire and apocalyptic forms of modern ‘environmentalism’ are simply a repackaging of the ideas of Thomas Malthus, the 19th-century British economist who thought that there were too many poor people out there—particularly poor Irish people—and that the ethical thing to do was let them die. ‘Instead of recommending cleanliness to the poor, we should encourage contrary habits,’ he wrote, ‘and court the return of the plague.’

It’s shocking how American leaders have gone from extolling the strengths of the republic as President Reagan did in 1989 to backing failed Marxist ideologies.

If It Ain’t Broke, Don’t Fix It: The U.S. Works Best When It’s Advocating For Freedom and Growth

The United States’ appeal and raison d’etre has always been individual freedom and expansive growth. Westward expansion as illustrated by Frederick Jackson Turner’s The Significance of the Frontier in American History, the building of world-class metropoli, and the promise of upward mobility to all its citizens are just three examples. The United States’ identity has been that of abundance and opportunity for most if its modern history.

Throughout the 20th century, the U.S. model was challenged by the competing ideologies of communism and fascism. Despite the mounting threats of Nazism in the 1930s amid a worldwide depression and Soviet Communism throughout most of the century, the United States stuck to its advocacy of freedom and opportunity.

After the Cold War, the United States embraced a commitment to trade deals with adversaries. American policymakers in both parties seemed to believe it was the answer to the problems of the next century. “With capitalism, comes democracy” was the mantra. The 21st century’s rise of Communist China — the country that gained most from U.S. trade policy in the 1990s — has led to the dominance of ideology that can be called totalitarian internationalism.

Perhaps American policymakers should stop listening to neo-Malthusian elected officials along with entertainers masquerading as scientists such as Bill Nye, who asked in an episode of his series “Should we have policies that penalize people for having extra kids in the developed world?”

In contrast with the neo-Malthusians, authors such as Shellenberger that embrace abundance and the American tradition of growth and optimism have backed a Green Nuclear Deal that will produce electricity through nuclear power rather than the continued reliance upon traditional fossil fuel sources. Shellenberger has documented how the unyielding push for zero-carbon, renewables-only energy sources have created shortages that impact the quality of life and standards of living.

The Malthusian approach diminishes the value of the individual in the name of the greater good, and the CCP’s policies illustrate how neo-Malthusianism leads to abject failure. One may be reminded of President Ronald Reagan’s 1989 farewell address in which he advocated for power to be rested in the hands of the people, not the officials comprising the government, stating: 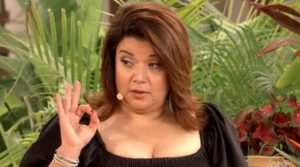