OPINION: J.R.R. Tolkien Turns in His Grave as ‘Rings of Power’ Cast Preaches About Representation

The pilot episode of Lord of the Rings: Rings of Power is set to release on Thursday night exclusively on Amazon Prime Video.

With a hefty budget of $465 million poured into production of the series’ first season and $250 million paid to Tolkien’s estate for rights to make the show, Jeff Bezos’ streaming platform has made an astounding investment in the hopes of reaching a wide audience with a revisionist take on late author J.R.R. Tolkien’s fantasy novels.

Although the fictional world of Middle Earth is full of magic, monsters, elves, and spells, a recent interview with Rings of Power’s female cast members suggests that the show’s potential for fantastical storytelling has been hijacked by an ideological agenda.

Sophia Nomvete, who plays the first female dwarf in a leading role for any LOTR adaptation, believes she is righting a wrong in the franchise and the entire fantasy genre: “There was a real imbalance, and I’m really excited to be part of the redress of the balance that is absolutely necessary.”

At the series’ private premiere in London on Tuesday night, Jeff Bezos gave a speech praising the series’ first-time showrunners Patrick McKay and John D. Payne. Variety reported that the Amazon executive recalled his son’s wariness toward Amazon’s involvement in the project as a devout fan of Tolkien’s universe.

“My son came up to me one day, he looked me in the eyes, very sincerely, and he said: ‘Dad, please don’t eff this up.’And he was right,” Bezos continued, “We know that this world is important to so many people, we know it’s a privilege to work inside this world and we know it’s a big responsibility.” Presumably, Bezos proceeded to spite his son’s wishes.

Amazon’s claim to appreciate the importance of the source material is dubious at best. Peter Jackson, the director who originally adapted Tolkien’s works into a massively popular film trilogy, got shut out of contributing to scripts for Rings of Power in its developing stages.

Jackson addressed the snub with Scott Feinberg on The Hollywood Reporter’s ‘Awards Chatter’ podcast: “They asked me if I wanted to be involved — [writer-producer Fran Walsh] — and I said, ‘That’s an impossible question to answer without seeing a script,’ So they said, ‘As soon as we get the first couple scripts, we’ll send them to you.’ And the scripts never showed up. That’s the last thing I heard, which is fine.”

Supposedly, the decision not to involve the filmmaker in Rings of Power was intended to keep a clear boundary between the films and the show as separate artistic works. However, it seems more likely that showrunners wanted to make the show suitable for an entirely new audience – one with no prior knowledge of, nor sentimental attachment to, Tolkien’s authorship. Showrunners may discover that aiming for mass appeal doesn’t always pay off.

Inverse’s interview with Rings of Power actresses claims that “the worst of [Tolkien’s] fandom has already begun complaining about the series’ foregrounding of female characters and the fact that non-white actors have been cast in roles beyond villains and orcs.”

“We’re all up for criticism. We’re not up for racism,” executive producer Lindsey Weber told Time Magazine.

Catering to a highly engaged and dedicated fanbase of the franchise could prove to be a more successful strategy than inorganically shoehorning inclusivity into marketing for the show and then preemptively labeling dissatisfied viewers as trolls.

Better yet, leave Tolkien’s legacy alone and create an original story instead of bludgeoning fans of an established franchise with propaganda. 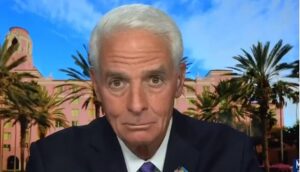