In March 2018, Nickelodeon put their tenured producer and screenwriter Dan Schneider out to pasture amid allegations of verbal abuse, being generally “difficult to work with,” and contact with the network’s child actors outside of work hours. A flurry of rumors about questionable conduct with child stars surrounded Schneider well before he parted ways with Nickelodeon.

Ahead of the Aug. 9 release of Jennette Mccurdy’s provocatively-titled memoir I’m Glad My Mom Died, published by Simon & Schuster, those old rumors are picking up some much-needed media attention. Based on Mccurdy’s past comments and an excerpt from the memoir featured in Vanity Fair, audiences expect the actress to shed light on complicity in abuse in the cut-throat entertainment business.

Mccurdy recalls her mother, Debra, pushing her into acting from a young age – she was only 6 years old at her first audition. Once she landed the breakout role of Sam Puckett in iCarly at age 13, her typical overbearing stage-parent mother was “ecstatic” at the news and involved herself every step of the way.

“I resent my career in a lot of ways. I feel so unfulfilled by the roles that I played and felt like it was the most cheesy, embarrassing,” revealed Mccurdy on an episode of her podcast Empty Inside. Despite hating acting, she continued on iCarly for six seasons in close quarters with Dan Schneider, who is plausibly believed to be the ominous figure she refers to as ‘the Creator’ in her memoir.

Following the conclusion of iCarly in 2013, Jennette was casted in Nickelodeon’s Sam & Cat, a spinoff series where she starred alongside Ariana Grande for a single season before its cancellation. Soon after landing that role, however, her mother died of cancer.

Mccurdy’s memoir will unveil the details of her private battle with disordered eating, alcoholism, anxiety, and destructive relationships. Unlike many other struggling Disney and Nickelodeon alumni, she took the path of recovery and prevailed to tell her side of the story.

That story is hard to sit through. Mccurdy confided in The Washington Post that on a daily basis, Schneider was “mean-spirited, controlling, and terrifying,” and capable of making “grown men and women cry with his insults and degradation.” Due to his outbursts, Schneider was no longer permitted to interact with actors on set toward the end of iCarly’s run. It’s disheartening that the network took action to punish the hitmaker for antisocial behaviors rather than long-suspected predation against the underage talent.

Vanity Fair’s excerpt from Mccurdy recounted a conference call between the then 18-year-old and her bloated team of managers and lawyers. They allegedly enticed the actress with “free money” from Nickelodeon. For a relatively meager sum of $300,000, “the only thing they want you to do is never talk publicly about your experience at Nickelodeon” proposed “Manager #1.” Mccurdy turned down the “thank you gift,” suspecting it was “hush money” to protect the Creator’s reputation.

Mccurdy’s absence from the 2021 iCarly reboot series which featured the same cast as adults raised eyebrows for zoomers who grew up watching her on Nickelodeon. She declined to appear in the reboot for the sake of her mental wellbeing. Here’s hoping that the actress’ tell-all can answer fans’ questions in a way that doesn’t shatter nostalgia or cause bad blood.

Higher-ups in Hollywood are in dire need of a reckoning for the growing cast of child-actors-turned-trainwrecks they churn out as tabloid spectacles. Jennette Mccurdy’s memoir could serve as a step in the right direction. 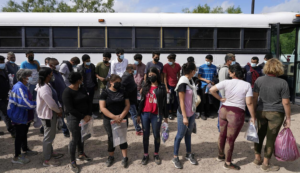