The actress calls herself an ‘incomparable talent’ in tone-deaf Tweets

A debate arose on social media over the weekend concerning comparisons between the careers of 28-year-old Keke Palmer and 25-year-old fellow Disney alum, Zendaya.

A viral Tweet labeled the difference in the success of the two multi-talented stars “one of the clearest examples of how colorism plays out in Hollywood.”

Some Twitter users were quick to frame colorism, a form of prejudice that would show preference to Zendaya’s lighter skin tone, as the culprit for the gap in their resumes.

“Keke’s net worth is $7 million and Zendaya’s is $20 million. Keke has been a mainstream success since her career began and has put in substantially more work. She should be one of the HIGHEST paid entertainers in the game. So yes it’s colorism,” declared one quote Tweet.

The author of the original post responded, saying, “If these numbers are accurate, then something really has to be done.” It’s left intentionally unclear what exactly needs to be done about the disparity in their success, and what party will be held accountable to do “something.”

Palmer took to Twitter to shut down the comparisons, but also used the opportunity to pat herself on the back for reaching arbitrary milestones for her race.

“A great example of colorism is to believe I can be compared to anyone. I’m the youngest talk show host ever. The first Black woman to star in her own show on Nickelodeon, & the youngest & first Black Cinderella on broadway. I’m an incomparable talent. Baby, THIS, is Keke Palmer,” snapped the Emmy award-winner.

Although the self-congratulatory post was met with the intense praise and validation Palmer was craving, the resentful tone in her comment can’t help but rear its ugly head. Ironically, she followed up that post today saying, “People that seek outside validation, can’t understand a person that gets it from the inside.”

Pointing the finger at colorism relies on asking unanswerable “what if” questions. Zendaya and Keke Palmer are both former child stars, they are close in age, and they are both black women. However, their few similarities can’t account for the myriad of other decisions and lucky coincidences that lead them to their current breakout roles: HBO Max’s Euphoria and Jordan Peele’s new sci-fi horror movie Nope, respectively.

Zendaya’s career has surpassed Palmer’s thus far, but instantly blaming prejudice for that outcome unfairly casts doubt on whether Zendaya reached her success through her own merits. Palmer is also making herself out to be ungrateful for her own accomplishments by feeding into those sentiments online.

Both Palmer and her supporters should celebrate the roles she has landed instead of grasping for straws to attain Hollywood’s coveted victimhood status. 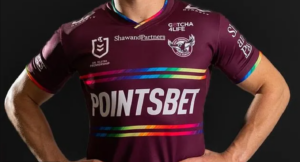