A group of National Rugby League players will boycott their next match because their team has opted to wear LGBT pride-themed jerseys.

Seven players from Australia’s Manly Warringah Sea Eagles objected to the jerseys on cultural and religious grounds. They say they were not consulted during the club’s decision-making process.

The team’s coach, Des Hasler, apologized at a press conference to both the LGBT community and the players. He said the club had made a “significant mistake” and caused “confusion, discomfort and pain for many people, in particular those groups whose human rights we were in fact attempting to support.”

He agreed that the players should have been “at a minimum” consulted about the jerseys. He said he respected their decisions and was concerned for their welfare, per the BBC.

“These young men are strong in their beliefs and convictions,” the coach said. “We’ll give them space and the support they require. The playing group are solid and understanding of each other’s views.”

The pride edition of the team’s uniform replaced white stripes with rainbow colors, an allusion to the LGBT Pride flag. It was created as part of the team’s Everyone in League campaign. Under NRL rules, players must all wear the same uniform to compete.

“The intent of our rainbow application was to represent diversity and inclusion, utilising the symbolic colours of pride to embrace all groups who feel marginalised, face discrimination and have suppressed share of voice,” Hasler said.

The team’s captain, Daly Cherry-Evans, said 17 players will wear the jersey during their July 28 match.

“I will be out there proudly wearing the jersey to try to promote inclusiveness and diversity,” Cherry-Evans said at the press conference, per LoveRugbyLeague. “I think eventually once we get over the decision that people have decided not to play, there are people out there making the decision to be out there. So I would encourage people to get behind those people who play on Thursday.”

Australian Rugby League Commission chairman Peter V’landys said on July 26 that he respected the Manly players’ right to freedom and to “withdraw their services if they wish to do so.”

He added that he had not been unaware of the team’s pride initiative until it was launched on July 25, per The Guardian.

Pride in Sport, an Australian nonprofit, has applauded Manly’s pride initiative as a significant step for inclusivity.

“These things matter because we know that many LGBTQ+ people have concerns about coming out,” the organization said in a statement. “In all sports, including rugby league, participants can heavily censor themselves over fears of being outed, resulting in detrimental impacts on mental and physical health.”

The Australian Christian Lobby told ABC News that “the inclusive society is one that respects people’s conscience and convictions.”

“We respect everyone for who they are,” said Martyn Iles, the group’s managing director. “It is not inclusive to force someone to wear a political symbol. In fact, it’s totally exclusive.”

Amid the controversy, the Manly pride jersey has sold out in 24 hours in both men’s and women’s sizes on the team’s official website. 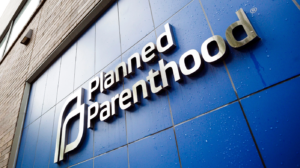