OPINION: Amber Heard — The One Woman We’re Allowed to Criticize

The $50 million defamation trial taking place in Fairfax between Johnny Depp and Amber Heard has held onto the prime spot in celebrity gossip for weeks – it’s the gift that keeps on giving. Online debates are heating up as the day of the final verdict approaches.

Depp’s defamation case against his ex-wife contests career-destroying insinuations gleaned about their tumultuous relationship from her 2018 op-ed for the Washington Post titled “I spoke up against sexual violence – and faced our culture’s wrath. That has to change.”

Heard’s opinion piece followed in the footsteps of the #MeToo movement, with the actress coming forward as “a public figure representing domestic abuse.” Ironically, Heard’s name still carries this connotation today, the only difference being that she is now losing in the court of public opinion.

The verdict of the ex-spouses’ legal battle has yet to be reached, but social media seems to have decided on the matter in Depp’s favor. There are credible suspicions that droves of artificial bot accounts are amassing Tweets in favor of both camps, using hashtags like #JusticeForJohnnyDepp and #IStandWithAmberHeard to manipulate online conversations about the trial. Memes poking fun at Heard have proven to be an extremely effective vehicle for the social media campaign against the actress’ countersuit claims.

Recent reports have surfaced alleging that a faction of overzealous Depp supporters are slinging misogynistic hate at Amber Heard sympathizers. Dogmatic pro-Depp sentiment has even spilled into the courtroom, according to in-person witnesses.

Mediaite’s Law & Crime anchor Jesse Weber reported that as Heard was testifying, he “overheard a lot of people snickering, making snide comments, and laughing. In fact,” he continued, “I observed one of the court officers…telling them to quiet down, to show respect to the witness on the stand.”

The tide of public opinion has receded so dramatically against Amber Heard that one must ask whether the trial has pulled the curtain on pent up rage that has been boiling against women for some time now. The principle of “guilty until proven innocent,” sensitivity training, and purity spiraling have become the law of the land. The public has caught one woman in their crosshairs on whom they are permitted to unleash their morally justified anger.

It doesn’t make sense, but does any aspect of this media circus make sense? Have our constantly shifting standards for acceptable gender dynamics ever been tenable? The answer to both of these questions is a resounding “No.”

The factual details of the Depp v. Heard lawsuit have fallen to the wayside. The trial has transformed into a proxy war between men and women in the collective psyche of the nation. One thing is certain: this finger-pointing mania should prompt us to reevaluate the compliance with cultural degradation that dug us into these trenches. 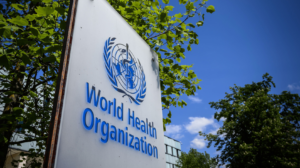 Monkeypox Detected in 11 Countries, Reports WHO