OPINION: Amber Heard Bargain Shopping at TJ Maxx Is Nothing But a PR Stunt

Rumor has it that the 36-year-old is now strapped for cash, but you shouldn’t instantly buy that narrative

A video surfaced over the weekend of Amber Heard traipsing around a TJ Maxx in Bridgehampton, New York, on Thursday alongside her sister, Whitney Henriquez. The pair were spotted searching through discount clothing racks and reportedly discussing linen pants. Once Heard caught a glance of the camera, she appeared to have booked it for the exit.

The viral clip gave Twitter the perfect opportunity to dunk on the actress in the wake of her defeat in the defamation trial against her ex-husband, Johnny Depp.

One Heard supporter remarked, “Last week, Amber Heard was too rich and could afford a private jet which meant she’d have no problem paying Johnny Depp 8.35M but now she’s so broke she’s shopping at TJ Maxx and is being ridiculed for it, what is the narrative y’all going with next week? #IStandWithAmberHeard.”

Another added, “now we’re shaming celebs for shopping at tj maxx? what happened to them being normal people like us? her life isn’t supposed to stop because she ‘owes’ him money.”

More onlookers responded cynically to the clip’s convenient timing. “Many people stood up for Amber Heard re: TJ Maxx. That’s what she wanted. You bought right into her manipulation. This was a staged trip to help combat the fact that it was made public that she bought a house, rented one during trial for 22k a month and took a private jet to NY,” one Twitter user wrote.

Another opined, “Amber Heard thinks we’re all incredibly stupid. She’s blatantly trying to pull on heartstrings by staging the TJ Maxx photos in an attempt to look poor and struggling. Nice try, Amber. Everything you do is so transparent.”

People caught on quickly to the fact that she hit the discount store as a public relations stunt. If the public reaches a consensus that Amber Heard is broke and struggling to find work, she has a better chance of avoiding paying legal damages in full. It’s a strange angle to project to the public, but since firing her entire PR team in May, Heard could have any tactic hidden up her sleeve.

Despite having low favorability in the public consciousness at the moment, Heard’s career is far from over. She is almost definitely going to get screen time in an upcoming Aquaman sequel starring Jason Momoa. Lower budget projects will be glad to offer her a role considering how much the defamation trial inflated her name recognition.

Heard could be on the hook for $10.4 million in damages to Depp, but because she was awarded $2 million in compensatory damages, she’d end up owing a maximum of $8.3 million. Depp’s lawyers hinted in a Good Morning America interview they will not charge the defendant in full for damages.

In an interview with Savannah Guthrie on the Today Show, Heard’s attorney Elaine Bredehoft claimed that her client has “excellent grounds” for an appeal, and is “absolutely not” capable of paying up the full amount in damages. Although the actress’ net worth has been estimated as low as -$6 million, an estimate from Fox Business places her worth at $8 million.

The real victory for Johnny Depp was the restoration of his reputation, so ultimately it doesn’t matter whether he collects damages in full. His career opportunities are likely to skyrocket going forward. Amber Heard’s career is in a dip right now, but she can always fall back on her rumored baby-daddy Elon Musk’s fortune. 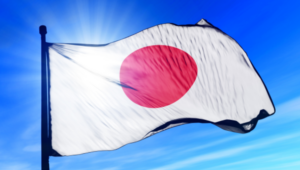