A recent CBS News/YouGov poll illustrates that 69 percent of Americans believe that the U.S. economy is either “fairly bad” or “very bad”. Another survey from Schoen Cooperman Research taken this past March illustrates how the American people feel the Democratic Party — which famously won landslide elections on centrist platforms — has become out of touch with the concerns of the people. The survey indicated that 61 percent of respondents agreed with the following statement:

“Joe Biden and Democrats in Congress are out of touch with hardworking Americans. They have been so focused on catering to the far-left wing of the party that they’re ignoring Americans’ day to day concerns, such as addressing the rising prices for goods and gasoline and combatting violent crime.”

The Biden’s administration unwillingness or inability to govern from the center is clearly driving dissatisfaction nationwide. A key feature of a populist — defined by Merriam-Webster as “a believer in the rights, wisdom, or virtues of the common people”— is championing the interests of the common people in contrast with an establishment or an elite. On May 3, J.D. Vance’s populist campaign for U.S. Senate in Ohio prevailed in the Republican primary over more establishment oriented candidates. The results of that primary suggest that this year’s midterms will be a red populist wave election.

Today’s headlines regarding inflation and an energy crisis have drawn comparisons to the various challenges of the 1970s. The presidential election of 1972 illustrated that a far-left trending Democratic party amid economic crises yields a Republican landslide-particularly if the Republican is a populist candidate.

In that year, an anonymous Democratic Party politician — later revealed to be Senator Thomas Eagleton — lamented presidential candidate George McGovern’s lack of electability, stating: “People don’t know McGovern is for amnesty, abortion and legalization of pot. Once middle America — Catholic middle America, in particular — find this out, he’s dead.” (In this case, “amnesty” referred to pardoning draft dodgers, not immigration.) While incumbent Republican President Richard Nixon had won a marginal victory in 1968, he would romp to victory four years later as the Democrats ran on a far-left platform. Nixon has been described by National Review as a “populist technocrat.”

Ohio As A National Bellwether

The results in Ohio indicate that Republicans succeed in the Midwestern bellwethers with populist candidates. Nixon defeated McGovern in the Buckeye State by a margin of 59.63 to 38.07 percent, winning all but two counties. “As goes Ohio, so goes the nation” — this saying has been used to describe the state’s bellwether status in national elections. With the exceptions of 1960 and 2020, Ohio has voted for the Electoral College winner of the Presidency.

While Ohio was considered to be the “quintessential swing state” less than a generation ago, it’s most recently considered to be a red state. The last Democratic presidential campaigns to win Ohio were Obama’s two wins in 2008 and 2012. In 2008, Obama was considered to be the “anti-war” candidate in the Democratic primary, which offered a contrast with McCain’s history of interventionism. McCain’s vote for the Iraq War, a protracted conflict that was deeply unpopular, played a role in his loss. During this era, the Republican Party was committed to cuts in social services such as Medicare and Medicaid. George W. Bush’s proposal to privatize Social Security contrasted the Democratic position of greater social spending. In many economically struggling communities, support for federal spending has been referred to as “bringing home the bacon,” which has been a key part of politics in Ohio’s eastern neighbor West Virginia.

This was likely the cause of Obama’s victory and Republicans’ defeat in 2012. Obama’s approval rating was middling in the Buckeye State while Republicans had won the Senate and Governor elections two years prior. However, the Romney campaign chose Congressman and future Speaker Paul Ryan, whose primary claim to fame was his budget featuring cuts to Social Security and Medicare. Ryan’s budget proposal was unpopular in polls and the issue of Medicare cuts appeared to give Democrats the upper hand. In November, Obama prevailed over Romney by a roughly three-percent margin.

Since 2016, Republicans have won Ohio in statewide landslides, with the only Democratic victor being incumbent Senator Sherrod Brown in 2018.

The Democratic nominee for U.S. Senate this year, Congressman Tim Ryan, represents Youngstown, Ohio. Ryan’s predecessor in office was none other than Blue Dog Democratic Congressman James Traficant, whose populist policy stances and irreverent personal style was not unlike Trump: he was a major supporter of immigration restrictions and a fervent opponent of free trade deals like NAFTA and MFN for the People’s Republic of China. Many Mahoning Valley residents agreed with his positions on these topics and would gravitate towards a populist candidate who was focused on immigration and trade.The election results in 2016 and 2020 illustrates how formerly solidly-blue regions turned red. In 2020, Trump became the first Republican since 1972 to carry Mahoning.

It’s clear from past election results that candidates that repudiate party establishments have had success not only in Ohio but also nationwide. No Republican has won the presidency without winning Ohio. Florida Governor Ron DeSantis, a populist governor who is thought of as a potential 2024 frontrunner if Trump doesn’t run, has family roots in the Buckeye State. His mother and father are from Ohio and Pennsylvania, respectively — his mother is from Youngstown and his father is from Beaver County in the Keystone State. Candidates like DeSantis who push back against a political and corporate establishment that has drifted further and further left — as shown through the success of J.D. Vance last month — is likely to play well in the states needed for an Electoral College victory.

While the political establishment appears poised to write off Ohio’s importance in the calculus for presidential campaigns, its role in the primary season may prove the establishment wrong yet again. 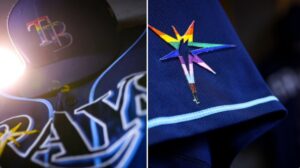