The first official study of the omicron variant of the coronavirus against the Pfizer-BioNTech vaccine shows the variant has significant ability to evade the virus-fighting antibodies that are a key line of defense.

The results of the testing are currently published in a small study from the Africa Health Research Institute and have yet to be peer reviewed.

The study does state that people who have recovered from the virus and received a booster shot may have more protection from severe disease, according to the study released Tuesday.

Prof. Alex Sigal with the Africa Health Research Institute and a team of colleagues conducted tests on blood samples of a dozen people who had previously been vaccinated with the Pfizer/BioNTech vaccine. The objective was to investigate how well antibodies generated by the vaccine can neutralize the new variant. The hope was to see significant protection, but the initial findings fell short of expectations.

The study found a 41x decrease in the ability of the antibodies to neutralize the omicron variant. This is in contrast to the original virus. The study found a dramatic reduction from its performance against the original ancestral strain as well as other variants, according to a preprint of the study.

Vaccine-induced antibodies dropped threefold in their ability to neutralize the earlier beta variant that previously dominated South Africa, suggesting omicron is much better at evading protection.

Dr. Paul Offit, professor of pediatrics at the Division of Infectious Disease at Children’s Hospital of Philadelphia, spoke with media today and said the data suggests fully vaccinated people may face a higher risk of mild infection from omicron compared to the past variants.

Pfizer CEO Albert Bourla said earlier Tuesday the company can develop a vaccine that specifically targets omicron by March 2022, if needed. The Pfizer CEO had previously stated that the protection provided by the company’s two-dose vaccine would likely decline in the face of omicron.

Initially, data indicated that omicron could be more transmissible than delta, the variant that became pervasive over the summer months. Most scientific authorities caution it is too early to reach conclusions given that the most severe cases of COVID-19, including those that are fatal, typically take many weeks to play out. As of now, omicron has only recently been identified. 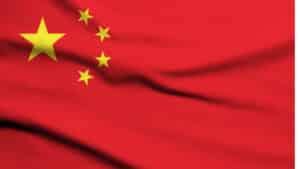 Australia To Follow US In Diplomatic Boycott of Olympics in China