The Oklahoma legislature has approved a bill that would ban abortions in the state after six weeks of pregnancy.

Oklahoma has seen a rise in women traveling to the state for abortions after they were heavily restricted under a similar law in Texas.

The bill, SB 1503, or the Oklahoma Heartbeat Act, was approved by the Republican-majority House on Thursday with a 68-12 vote.

The bill bans abortions as soon as cardiac activity can be detected, which is around six weeks.

It will now go to Gov. Kevin Stitt, who is expected to sign it into law this week. He has previously vowed to sign any pro-life legislation that hits his desk.

Once signed, the bill will go into effect immediately under an emergency provision — halting access to the procedure even for those who already have appointments scheduled.

Planned Parenthood has vowed to fight the legislation if it is signed, but warned that they will not be able to perform abortions in the meantime.

Similar to the Texas law, the bill will allow individuals to sue abortion providers and anyone else who helps a woman to obtain an illegal abortion in the state.

The Texas law has caused an uptick in abortions in Oklahoma, as women have been travelling to nearby states for the procedure.

The bill does not allow for charges against a woman for having an abortion. 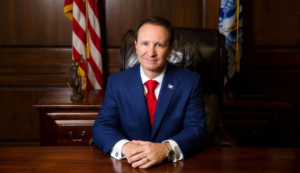