A new bill in the Oklahoma Senate is taking aim at sexually explicit children’s books in public school libraries.

Senate Bill 1142 will have strict penalties for those who fail to remove offending books.

The bill will give parents the power to request books be removed if “a reasonable parent or legal guardian” would want to approve the text before their child reads it. Only one parent needs to complain for action to be required.

Once a parent complains about a book, the school will have 30 days to remove it. If they fail to do so, the employee whose job was to get rid of it will be fired and ineligible for reemployment in the district for two years, according to a report from McAlester News-Capital.

Additionally, guardians may seek monetary damages of at least $10,000 per day from the school district if a graphic book is not removed after their request.

Critics of the bill have argued that lawmakers are specifically targeting LGBTQ books.

“It’s sending negative messages to our young people, telling them that they can’t be who they are, that they should be ashamed of who they are,” Morgan Allen, center director at Oklahomans for Equality, told the paper.

State Sen. Rob Standridge said that parents who wish to allow their children to read explicit content could take them to the local library instead of allowing unfettered access without parental guidance at school.

“I just think that those are overly sexualized,” Standridge told McAlester News-Capital. “I think parents and grandparents, guardians should have a say on whether their kids are exposed to those books. If they want them, they can take (their children) to their local library.”

“Most likely these things will end up in court,” Standridge predicted. “My guess is the schools won’t comply and the parents will have to seek injunctive relief. That will be up to the trier of fact. They may well disagree with the parent and say reasonable parents would want their children to be exposed to transgender, queer and other sexually related books. I would doubt that.”

These are excerpts from the #Trans Teen Survival Guide. It’s clear to me it’s a grooming manual. It has a section on hair removal as well so the very literal sort of grooming here. It’s in my @oceancountylib but it clearly came from the UK. We don’t use Oestrogen here. pic.twitter.com/jNookewI3i

this gorgeous book The Art of Drag just arrived!! fully illustrated and really interesting to read through 💙 pic.twitter.com/IQVS2eCrHP

When a reporter from McAlester News-Capital pointed out that the books he named were all LGBTQ-related, Standridge said that he had not seen graphic heterosexual books in the school libraries. He added that if a copy of 50 Shades of Grey turned up in a public school library, the bill would apply to that too. 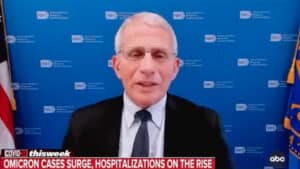