The Ohio Supreme Court vacated the felony cocaine possession conviction of a woman who tested positive for cocaine while giving birth at a hospital.

Kelly Foreman went to Mercy Health Tiffin Hospital in Seneca County to deliver her baby, J.B., in 2018. He showed signs of drug withdrawal at birth. Cocaine metabolites, the compounds produced when the body metabolizes cocaine, were found in J.B.’s urine and feces as well as in his umbilical cord tissue.

“Because (her child) tested positive for illegal substances, Megan Steyer, who was a protective-services caseworker with the Seneca County Department of Job and Family Services, interviewed Foreman. Steyer testified that Foreman admitted to using cocaine 6 to 12 times while she was pregnant, with the most recent use having been about two weeks before (her child’s) birth,” the ruling said.

Foreman and her legal team argued the state did not prove jurisdiction by failing to prove she possessed cocaine in the county.

The Supreme Court said the fact that she lived in Seneca County during her pregnancy and gave birth there did not offer sufficient evidence.

Foreman’s fiancé testified that he was unaware of her drug use and a protective-services caseworker said she claimed to have never used drugs in front of her children. Foreman also said she never used the drugs in her home.

“The prosecution also did not present any evidence concerning the amount of time that cocaine metabolites remain in a person’s system after ingesting it or establish Foreman’s whereabouts during such a timeframe,” per Court News Ohio.

“Foreman, by her own admission, ingested cocaine several times during her pregnancy,” Ohio Supreme Court Chief Justice Maureen O’Connor wrote. “However, once she ingested the cocaine and it was assimilated into her body, she no longer had control over it.”

“Consequently, at the time of J.B.’s birth, Foreman was unable to exercise restraint, direct influence, or exert power over the cocaine that she had previously ingested,” she said.

The court’s decision was unanimous.

The ACLU of Ohio filed an amicus brief in Foreman’s favor in the case. In the brief, the organization argued it was cruel and unusual punishment to charge someone with drugs within their systems with drug possession.

In a statement following the court’s decision, ACLU of Ohio attorney David Carey said “That ruling is not limited to pregnant women and newborns; it would apply to anyone.”

“If the prosecution had its way, a person could be found to ‘possess’ a drug merely by having it in their system, regardless of where, when, and under what circumstances the drug was actually ingested,” he said. “If that was the law, a person could take a substance in a place where it is legal to do so, and could later be arrested in any county in Ohio simply for being there, for as long as the substance or its byproducts existed in their system. The court rightly saw that as an absurd result.”

Foreman was originally sentenced to three years of community control by a Seneca County trial court. The decision was upheld by the Third District Court of Appeals. Child abuse or child endangerment charges were not filed against Foreman. 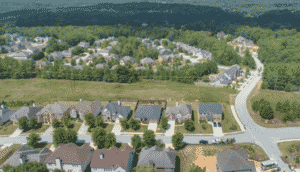 Black Woman Pretended to be KKK Member and Threatened Neighbors