The Supreme Court of Ohio ruled that mitigating circumstances including mental health and gender dysphoria do not preclude an inmate who murdered another inmate from the death penalty.

The court found on Oct. 19 that the “aggravating circumstances” of Victoria Drain’s attack on a fellow inmate at the Warren Correctional Establishment outweigh claims made by Drain’s legal team.

“The crime itself was violent, intensely personal and carried out in a brutal fashion,” the court stated in its decision.

Drain was convicted on April 13, 2019 of murdering inmate Christopher Richardson. Known at the time as Joel, Drain was serving a 38-year sentence for fatally stabbing and strangling a man in 2016. Drain believed another inmate was a pedophile and tried to convince Richardson to help in a murder plot.

When Richardson refused, Drain stomped on his throat, stabbed him with a pencil, and strangled him. Richardson, who was serving a four-year sentence for aggravated arson, died of his injuries two days later.

Drain was indicted on two counts of aggravated murder and possessing a deadly weapon and ultimately pleaded no contest. Drain opted to go before a three-judge panel instead of a trial and was sentenced to death.

Drain’s first name was legally changed to Victoria during the appeal process — which is automatically triggered by a death sentence.

Drain argued that a new mitigation hearing was necessary because of the defense team’s “deficient performance” and failure to investigate mitigating evidence, including school, youth services, and court records.

“While Drain suffered traumas as a child and had reportedly been diagnosed with gender dysphoria, posttraumatic stress disorder, borderline personality, and antisocial personality disorder, Drain said some of those were a result of manipulating the system,” reports WKRC Cincinnati.

Drain also argued during the appeal that the defense team had not demonstrated respect for the client’s gender identity.

“Drain contends that counsel, although aware of Drain’s gender dysphoria, showed disrespect for her by using male pronouns, referring to her as ‘Mr. Drain,’ and failing to protest when the trial court and opposing counsel did likewise,” states the court’s opinion. “But Drain overlooks that (as reflected in Dr. O’Donnell’s evaluation) she asked Dr. O’Donnell and the defense team to use ‘masculine pronouns and naming conventions.’”

While the Supreme Court unanimously agreed to uphold the murder conviction, Justice Jennifer Brunner dissented to the death penalty. Brunner stated she would support a new mitigation hearing because she found that Drain’s attorneys had failed to fully investigate and present mitigating evidence.

“If her attorneys had presented that evidence and if they had conducted an adequate investigation for additional evidence, there is a reasonable likelihood that she would have been spared a death sentence,” she wrote.

Justice Sharon Kennedy, who authored the majority opinion, noted Drain had admitted to planning Richardson’s death and that the “failure-to-investigate claim rests on speculation.”

“Nothing mitigating appears in the nature and circumstances of the offense. In her second confession, Drain admitted planning Richardson’s death in advance, luring him to the cell by deceit, and killing him because he backed out of a plot to kill another inmate,” wrote Kennedy. “The killing itself was extraordinarily brutal.”

“Even if counsel’s investigation were deficient, a defendant who ‘prevented counsel from presenting the mitigating evidence available to them’ may not claim prejudice,” she added. 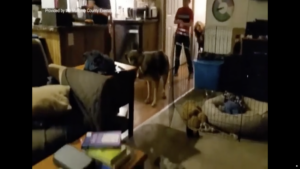