On Monday, a Michigan Veterinarian was charged with an animal cruelty misdemeanor after a video was posted online allegedly featuring the man choking and beating a dog.

A video was posted to YouTube on Oct. 10 allegedly showing a man yelling and abusing a German Shepherd. The video was reportedly removed from the website shortly after. The man, later identified by authorities as a veterinarian, was charged with an animal abuse misdemeanor, according to a Monday press release from Macomb County prosecutor Peter J. Lucido.

The man is heard yelling “get over here!” and appears to stalk a dog, who is heard whimpering, around a dining room and kitchen. The man wrestles the dog to the ground in what appears to be a chokehold as the person recording the video, who is a family member according to authorities, says in the background “this is some good s—,” as the man growls into the dog’s face.

“I will f— your f—ing life up b—-!” the man yells and appears to beat the dog’s head into the ground.

The man continues his grip around the dog’s neck before lifting the dog off the ground and tossing it to the side as the person recording repeats, “this is some really good s—” appearing to laugh and point at the dog as the man continues yelling.

“No … leave her alone,” says the woman as the dog runs back down a hallway.

“I am,” the man replies before instructing the dog to go outside.

“Is this over?” asks the person recording before the video ends.

The Macomb County Prosecutor's Office announced Monday that they have authorized a charge of animal cruelty against a local veterinarian after a video of an incident inside his home surfaced on YouTube last week. https://t.co/PXVO7ONDSq

The German Shepherd along with two other dogs have reportedly been removed from the residence and are in protective care of Macomb County Animal Control. The veterinarian’s name has not been released though residents suspect he has a local practice.

“I ask that everyone please refrain from holding press conferences and making statements about evolving cases until all of the evidence is secured,” said Lucido. “We take these allegations very seriously and do not condone the mistreatment of animals in any regard.”

“Some citizen had seen it. They recognized who this was, where it was, and called authorities,” Macomb County Executive Mark Hackel said during an Oct. 12 press conference. “We got inundated with calls, people wanting to know what we are going to do. We just want to let people know that we have handled it.”

The Macomb County Prosecutor’s Office reportedly reviewed available information and conferred with veterinary experts who determined the dog did not suffer injury.

A misdemeanor charge of Animals – Abandoning / Cruelty to One Animal was authorized. It is punishable by 93 Days, $1,000.00, up to 200 hours of community service, or any combination of penalties pursuant to MCL 750.50(4)(a). The Macomb County Sheriff’s Office did not request a felony on the Request for Warrant Authorization though Lucido expressed interest in changes to the state’s animal cruelty statute which offers limited options for prosecutors.

Timcast News has reached out to Macomb County Sheriff’s office for comment. 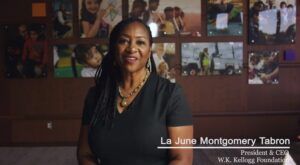