Official 'How I Met Your Father' Trailer Just Dropped

The Hulu spin-off will feature a well-known cast, including actresses Hilary Duff and Kim Cattrall

The “How I Met Your Mother” spin-off series for Hulu tells the story of how Sophie meets her son’s father.

The hit CBS show “How I Met Your Mother” ended over seven years ago, but fans who miss Robin, Barney, Ted, Lily, and Ted are in luck. Hilary Duff is starring in the newest Hulu spin-off, How I Met Your Father, a 10-episode comedy series.

Actress Kim Cattrall plays the character of Sophie. She appears in the new trailer, saying, “This is the story of how I met your father. It was hard living in the moment in 2022. There was always someplace else you could be. Someone else you could be with.”

In a recent press release from Hulu, the show’s summary says: “In the near future, Sophie (Hilary Duff) is telling her son the story of how she met his father: a story that catapults us back to the year 2021 where Sophie and her close-knit group of friends are in the midst of figuring out who they are, what they want out of life, and how to fall in love in the age of dating apps and limitless options.”

“Screw being mature. We can still make bad choices for a few more years,” Duff says in the trailer. 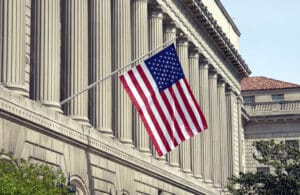