This includes “brain-control technology,” says the Commerce Department without offering further explanation of the term.

China’s Academy of Military Science and 11 of its research institutes are accused of developing biotechnology “to support Chinese military end uses and end users, to include purported brain-control weaponry.”

The department said in a notice that there is “reasonable cause to believe, based on specific and articulable facts, that the entities have been involved, are involved, or pose a significant risk of being or becoming involved in activities contrary to the national security or foreign policy interests of the United States.”

The department’s Entity List includes four Chinese corporations which are involved with modernizing the nation’s military. Five other companies on the list are accused of “acquiring or attempting to acquire technology from the United States to help modernize the People’s Liberation Army.”

The move comes amid increasing tension between Beijing and Washington D.C.

SenseTime, a Chinese facial recognition company and AI solution provider, put its $767 million public listing on hold after the Treasury Department added it to a Chinese military-industrial complex Companies list. The Treasury said in a statement that the company “has developed facial recognition programs that can determine a target’s ethnicity, with a particular focus on identifying ethnic Uyghurs.”

“We strongly oppose the designation and accusations that have been made in connection with it,” SenseTime said in a statement. “The accusations are unfounded and reflect a fundamental misperception of our company. We regret to have been caught in the middle of geopolitical tension.”

In a statement addressing the Chinese government’s human rights abuses in the western region of Xinjiang, U.S. Secretary of Commerce Gina Raimondo said, “The scientific pursuit of biotechnology and medical innovation can save lives. Unfortunately, the PRC is choosing to use these technologies to pursue control over its people and its repression of members of ethnic and religious minority groups.”

“U.S. and Western officials have said as many as 2 million Uyghurs and other Muslim minorities in China’s Xinjiang province have been placed in a network of detention centers and while in custody there, they have been subjected to forced labor, torture and sexual abuse prompting numerous sanctions and other punitive measures against Beijing,” per UPI.

China has denied violating any human rights in the region. 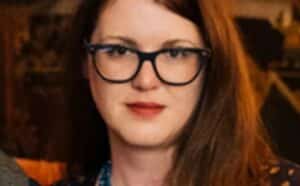