Oath Keepers founder Stewart Rhodes and four co-defendants have been found guilty of seditious conspiracy over his role in the protest at the Capitol on January 6, 2021.

The jury turned in their verdict on Tuesday, after three days of deliberations.

“One of his co-defendants, Kelly Meggs, was also found guilty of seditious conspiracy while the three others – Kenneth Harrelson, Jessica Watkins and Thomas Caldwell – were acquitted of that charge,” Reuters reported from the courtroom. “All five defendants were convicted of obstruction of an official proceeding – the congressional certification of the election results – with mixed verdicts on a handful of other charges.”

Watkins is transgender and left the Army due to homophobic slurs. Caldwell is a disabled Navy veteran.

The prosecution had argued that Rhodes and the other defendants were planning to use force to stop the certification of the election.

“The defendants was were accused of creating a ‘quick reaction force’ that prosecutors said positioned at a nearby Virginia hotel and was equipped with firearms that could be quickly transported into Washington if summoned,” the Reuters report says. “Fifty witnesses testified during the trial. Rhodes and two of his co-defendants testified in their own defense. They denied plotting any attack or seeking to block Congress from certifying the election results, though Watkins admitted to impeding police officers protecting the Capitol.”

The seditious conspiracy and obstruction of an official proceeding charge each carry sentences of up to twenty years in prison.

Rhodes claimed that he had not planned to enter the Capitol and did not know other members of his group had until after it was over.

Rhodes’ lawyer Ed Tarpley told reporters outside the courtroom that the verdict was a “mixed bag.”

“We are grateful for the not guilty verdicts received, we are disappointed in the guilty verdicts,” Tarpley said. “There was no evidence introduced to indicate there was a plan to attack the Capitol.”

Approximately 900 people have been charged over the protest. 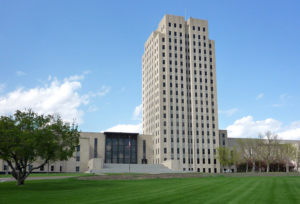