On Monday, New York City changed for children ages 5-11 years old. They are now required to show proof of a COVID vaccine to enjoy most public activities.

New York City’s “Key to NYC” vaccine mandate expanded to children under 12. Children ages five and up now need to prove they’ve received at least one dose of the COVID vaccine to enter most businesses in the city. This restriction includes restaurants, theaters, gyms and more.

The rule also expanded Monday to require anyone over the age of 12 to show proof of a complete two-dose vaccination.

A video circulating on social media Tuesday morning appears to depict an NYPD Strategic Response Group attempting to eject a family from an Applebee’s in Queens Center. The family, which included young children, did not provide proof of vaccination.

What a lovely new world we are living in when you go out for a meal and a squad of police barge in, persecute a little boy then demand to see everyone else’s papers. This is the vax passport world so many are begging for. #NotAboutAVirus #NOVAXPASSPORTS pic.twitter.com/ZQFnybs4ly

“Anyone five and up must show a vaccine card in order to eat here,” Jose Perez, manager of the Applebee’s in Queens Center, told TimCast. “We have been attacked by protestors and our staff is on edge, and police have been helpful.”

While Perez said he “cannot comment on that incident” seen in the video, he said that “no kids have protested.”

He added: “I am tired of having to answer these questions, people have been calling non-stop and we have work to do here, it is very busy.”

Many parents, locals and tourists alike were shocked to find out that 5- to 11-year-olds can’t get into restaurants in New York City without being vaccinated against the coronavirus.

“We are in New York for another week and it’s going to be a real pain not being allowed to eat at restaurants,” Erik St. Martin, a tourist who was turned away from the Hard Rock Cafe with his seven-year-old daughter, told The New York Post. “We didn’t know about the vaccine mandate for kids when we booked our family holiday months ago.”

On Dec. 6, Mayor Bill de Blasio announced that all children 12 and up must be fully vaccinated to enter restaurants, gyms, movie theaters or other entertainment starting on Dec. 27. An additional update now requires the same for children 5-11 years old.

The new mandate was in full force as of Monday throughout the city.

Christina Myers, a host at the Margaritaville Resort Times Square, said she’d turned away more than 20 would-be diners by midday.

“They can eat outside, but who is going to eat outside with 5-and 6-year-old kids in this weather?” she told the New York Post on Monday.

According to the National Weather Service, temperatures in the city topped out at 38 degrees in Central Park on Monday — the average temperature in New York in January.

“Foreigners don’t understand why we had to turn them away. Even people from Union City in New Jersey were confused,” she continued.

This change comes as the recent enforcement of vaccine mandates has resulted in the removal of patrons from local establishments and even arrests for trespassing.

The enforcement by the NYPD has sparked multiple protests around the city.

#BreakingNews multiple protesters against mandates were just arrested at Applebee's in queens NY for trying to order food at a vaxed only restaurants pic.twitter.com/adZ0qJybwC

This week’s change comes as Governor Kathy Hochul continues to defend her new statewide mask mandate that a quarter of the counties in New York State have already said they will not enforce.

“My health department has critical things to do that are more important than enforcing this and I think small businesses have been through enough already,” Orange County Executive Steve Neuhaus told the Post.

Editor’s Note: A previous version of this article did not include details about the Dec. 28 Applebee’s video or comments from the restaurant’s manager provided to TimCast. In addition, the original title of the story mistakenly claimed that children 5-11 had to be fully vaccinated, when in fact 5 to 11-year-olds only had to be partially vaccinated by Dec. 14. The title has been updated accordingly. 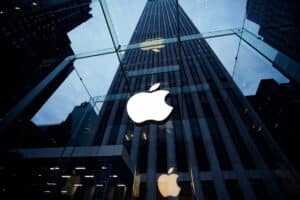