The mayor made the comments during an appearance on MSNBC’s Morning Joe.

“What they are doing to this country is undermining our future. They really are. They’re taking away the future of this country, because if we go backwards, if we go back to restrictions and shutdowns, this country’s going to be in a horrible, dangerous place in terms of our lives, our livelihoods, our economy,” de Blasio said. “And if we don’t get it right on vaccination, we’re going to lose a huge number of Americans.”

“If people say they believe in American values of liberty, and then they tell someone, a mom-and-pop business, you know, we’re going to cancel you because you want to keep safe or you want to protect your community, I would put that right squarely in the un-American category,” he said.

de Blasio also said that they were “nice” by making vaccines “voluntary” at first — but said that “phase is over.”

“We tried voluntary,” Mr. de Blasio said. “You know, we could not have been more kind and compassionate as a country. Free testing, everywhere you turn, incentives. Friendly, warm embrace. The voluntary phase is over.” 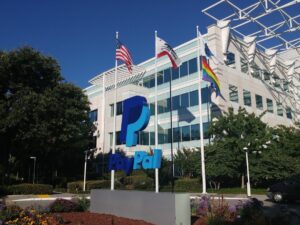 PayPal Teams Up with ADL to Research Extremist Activity