PayPal Teams Up with ADL to Research Extremist Activity

The payment platform announced a partnership with the nonprofit today

PayPal Holdings, Inc. announced a partnership with the Anti-Defamation League to study alleged hate groups and extremists who use the platform to fund ‘criminal activity.’

“The initiative will be led through ADL’s Center on Extremism, and will focus on uncovering and disrupting the financial flows supporting white supremacist and anti-government organizations,” Reuters reports.

On its website, the ADL’s Center for Extremism states: “We monitor extremism across the ideological spectrum. Our staff of investigators, analysts, researchers and technical experts strategically monitors, exposes and disrupts extremist threats—on the internet and on the ground.”

The ADL has previously faced accusations of misrepresenting data and inflating numbers to shock the public.

In a 2020 op-ed for Business Insider, Anthony L. Fisher wrote that the ADL—“whose statistics have been presented by media outlets as the gold standard for reporting on extremists of the white nationalist, anti-government, left-wing anarchist, and radical Islamist varieties in the US”—frames their statistics in a way that “drives home the idea that ultrarightists represent the greatest threat of domestic political- or identity-based violence.”

Fisher writes: “If you are literally measuring the number of violent incidents committed by people with ties to extremist groups or ideas, the ADL’s topline numbers hold up. But if you limit the definition of ‘extremist incidents’ to incidents motivated by extremist views where violence actually occurs, is attempted, or is substantially plotted, then the numbers drop significantly.”

A Center on Extremism report titled ‘Murder and Extremism in the United States in 2018′ said domestic extremists were responsible for the deaths of 50 people in the U.S. Moreover, the report stated “every one of the perpetrators had ties to at least one right-wing extremist movement” and that “white supremacists were responsible for the great majority of the killings, which is typically the case.”  The report’s death total included the 17 people killed by Parkland, Florida shooter Nikolas Cruz. Despite labeling him a white supremacist, the report says in its description of Cruz that “little evidence has so far emerged to suggest that the MSDHS shooting spree itself was conducted as a white supremacist attack.”

Additionally, the report counted the death of a six-month-old baby at the hands of James Mathis and his wife, Amanda Oakes, as an extremist death because Mathis was a member of the Georgia-based white supremacist prison gang Ghostface Gangsters.

“Over the years, PayPal has worked to develop systems to help prevent illegal activity on its platform,” according to IT Pro. “The company said it has worked to shut down various extremist groups’ attempts to use PayPal. The online payment giant has a partnership with non-profit group Polaris to combat human trafficking. And last year, it teamed up with criminologists and academics to research the payment systems used in illegal firearms trafficking.”

Manhattan District Attorney Cy Vance, Jr. said in a statement, “I applaud PayPal and the ADL for joining forces to combat hate and extremist movements who seek to utilize financial platforms to bankroll their criminal activities and profit from the spread of racism and bigotry … My office stands ready to assist financial institutions and businesses of all kinds in this urgent fight to stop hate and protect members of historically marginalized communities.”

The information collected through the initiatives will be shared with other firms in the financial industry, law enforcement, and policymakers. 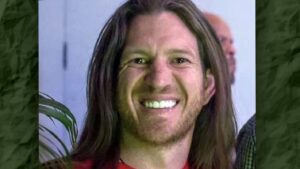