Calls to “Defund NPR” circulated on social media over the weekend after the board was announced on July 15.

Terence Samuels, Vice President and Executive Editor and Nancy Barnes, Senior Vice President of News and Editorial Director, notified affiliate newsrooms across the country that the organization had formally launched a team to cover the “Disinformation Crisis.”

“The viral spread of mis- and disinformation has emerged as one of the great civic challenges of our time,” Samuels and Barnes said in a joint statement, per Nevada Public Radio. “From the lies about the 2020 election to the growing influence of anti-vaccine activists, to the enduring influence of climate-change denialism, lies and conspiracy theories have seeped into nearly all aspects of modern-day life, both in the US and around the globe.”

The organization launched a pop-up version of its disinformation team in 2021 after the security breach at the Capitol on Jan. 6. The “ad-hoc” group worked with multiple NPR departments to report “on election disinformation, the role of the tech platforms and multiple path-breaking stories about Covid disinformation.” As a new permeant entity, the board consists of three reporters and an editor who will cover what NPR calls a “vital topic.”

Brett Neely, a political reporter for NPR since 2015, was part of the beta team and will serve as the Disinformation Team’s Supervising Editor.

“The mandate is to seek out original, high-impact stories and to work closely with the many beat reporters in the newsroom and at member stations whose work involves disinformation,” NPR said in its internal announcement.

NPR does not include its explanation for the Disinformation Team on its website, instead opting to only share background on Neely and the three reporters selected for its team — Shannon Bond, Lisa Hagen and Huo Jingnan.

Following the announcement, Jon Levine of The New York Post pointed out that NPR had previously refused to report on stories it deemed “distractions” – including reporting on Hunter Biden’s laptop in 2020.

Hey — let’s start with this one! pic.twitter.com/hGoLew3exI

NPR just announced the creation of a DISINFORMATION TEAM.

NPR deliberately covered up the Hunter Biden laptop story by labeling it a DISTRACTION.

NPR’s first target needs to be itself.

Other critics compared the new NPR entity to the Disinformation Governance Board established by the Biden administration in April of 2022. Following the resignation of its “disinformation expert” Nina Jankowicz, the Department of Homeland Security closed the program in May of 2022.

The Biden administration had said the board would combat disinformation spread by Russia, China, and Iran that could “can affect border security, Americans’ safety during disasters, and public trust in our democratic institutions,” per The New York Post.

One government-funded agency shuts down its disinformation board, another sets one up. https://t.co/y1f1daTVLZ

The DHS denied accusations that the board could be used to limit free speech or violate the constitutionally protected rights of private citizens.

NPR faced backlash earlier this month when it opted to stop reading the Declaration of Independence on the Fourth of July, an annual tradition for the last 33 years.

Instead, the broadcasting network held a discussion on Thomas Jefferson’s intentions when he included the line “all men are created equal” and the meaning of equality in modern America.

“And many of our debates on this July 4th turn on what equality means. What voting rules really give equal access to the ballot,” said NPR host Steve Inskeep during the 11-minute segment. “Do abortion laws give a woman equal control of her body? At what point is a fetus entitled to equal rights?”

The organization’s disinformation board is scheduled to begin work this month. 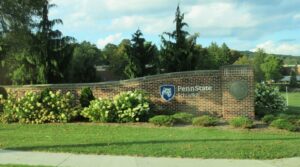