A celebrated Irish novelist will not sell the Hebrew translation rights for her new book to Modan Publishing House, an Israeli company, due to her support for the Palestinian people.

“I simply do not feel it would be right for me under the present circumstances to accept a new contract with an Israeli company that does not publicly distance itself from apartheid and support the UN-stipulated rights of the Palestinian people,” author Sally Rooney wrote in a statement.

Rooney referred to a Human Rights Watch report that she said confirmed “Israel’s system of racial domination and segregation against Palestinians meets the definition of apartheid under international law.”

She also expressed support for Boycott, Divestment, Sanctions (BDS), a Palestinian-led movement advocating for the economic and cultural boycott of Israeli companies and institutions.

Rooney went on to note that the Hebrew-language translation rights to her latest bestseller, “Beautiful World, Where Are You,” are still available: “If I can find a way to sell these rights that is compliant with the BDS movement’s institutional boycott guidelines, I will be very pleased and proud to do so.”

A number of pundits have publicly criticized and praised Rooney’s announcement.

Hebrew isn’t an Israeli state product or invention. It’s a Jewish language, and cultural boycotts (like academic ones) are unavoidably boycotts of people, not governments. It’s the opposite of what art and culture should be. https://t.co/c0dMshy2Ah

Sally Rooney has always been solid on Palestine, so it’s no surprise she stuck her neck out to support BDS.

Nor is it a surprise to find Israel’s apologists traducing Ireland’s solidarity with colonised people in response.

For or against colonialism: pick a side!

Dr. Gitit Levy-Paz, a fellow at the Jewish People Policy Institute, said the writer’s decision left her “surprised and saddened.”

“I am a Jewish and Israeli woman, but I am also a literary scholar who believes in the universal power of art,” she wrote. “Rooney has chosen a path that is anathema to the artistic essence of literature, which can serve as a portal for understanding different cultures, visiting new worlds and connecting to our own humanity.”

Another author accused Rooney of being antisemitic:

“[Her] novels are available in Chinese and Russian. Doesn’t she care about the Uighurs? Or Putin-defying journalists? To judge Israel by a different standard than the rest of the world is antisemitism.”

Sally Rooney’s novels are available in Chinese and Russian. Doesn’t she care about the Uighurs? Or Putin-defying journalists? To judge Israel by a different standard than the rest of the world is antisemitism. h/t @erikadreifus https://t.co/3f51jOh13N

The novelist acknowledged “many states other than Israel” are guilty of human rights abuses, and clarified that her decision is a direct response to “the call from Palestinian civil society.”

The Palestinian Campaign for the Academic & Cultural Boycott of Israel praised Rooney, saying that an “exponentially growing number of artists — including A-listers, musicians and visual artists — recognize their profound moral duty to do no harm to our liberation struggle and to hold Israel accountable for the violations of Palestinian rights.”

Modan Publishing House, founded in Israel in 1970, has published Hebrew translations of Rooney’s two previous bestselling novels, The Independent reported. The company has published over 3,000 books in Israel and the United States. 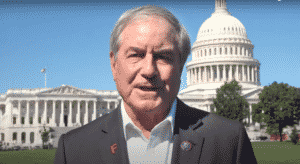