Novak Djokovic Will Be Allowed to Compete At The Italian Open

The tennis tournament is scheduled for the middle of May

The Italian government will let Novak Djokovic compete at the Italian Open even if he does not get the COVID-19 vaccine.

The Serbian tennis player said earlier this week that he was willing to miss the upcoming French Open and Wimbleton rather than get the vaccine.

Djokovic was unable to compete for his 21st Grand Slam title in January at the Australian Open after he was deported from the country despite being granted an exemption from the country’s vaccine mandate for foreigners.

Italy is the first country to openly welcome Djokovic to compete following the complex legal conflict.

Valentina Vezzali, the government’s cabinet undersecretary for sports, said on Feb. 17 that tennis is “an outdoor sport and the tighter green pass is not required.”

Italy issues so-called green passes to visitors who are unable to show proof of vaccination if they can show a negative COVID-19 test. The pass grants the visitor access to hotels and restaurants where vaccine passports had been required.

“If Djokovic wants to come and play in Rome he can do it,” Vezzali said while speaking with Italian newspaper Libero. “Perhaps Djokovic will most likely not be allowed in a hotel or a restaurant, but if he wants to play he can play.”

Vezzali also predicted that the COVID-19 vaccine mandate will not be in place by May when the tournament is scheduled. Djokovic has won the competition five times since 2008.

While Italy no longer requires masks while outdoors, an indoor mask mandate is still in effect. Night clubs have also reopened after being closed during a surge in COVID-19 infections in December. The nation’s state of emergency is currently set to end on March 31.

At a cabinet meeting in early February, Prime Minister Mario Draghi said, “In the coming weeks, we will continue on this path of reopening. Based on scientific evidence … we will announce a timetable for lifting the current restrictions.”

Most Italians have complied with the government’s vaccine recommendations. Approximately 80% of the population is fully vaccinated and over 57% have received a booster shot.

Djokovic is currently in Dubai for the Duty Free Tennis Championships.

“I’m excited to go out on the tennis court next Monday,” he told AP News. “I miss tennis honestly after everything that has happened.” 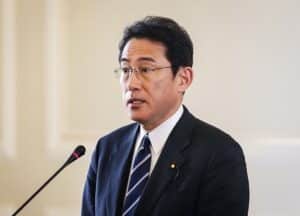