“Today, we take a hugely impactful step to reducing tobacco initiation and addiction in Washington, D.C.”

Washington, DC Mayor Muriel Bowser moved this week to ban the sale of menthol-flavored cigarettes in the nation’s capital; claiming the products “have a particularly insidious effect” on the city’s “black residents.”

I have signed into law the Flavored Tobacco Prohibition Amendment Act of 2021. pic.twitter.com/xx7c2maANN

“We know that Black residents are disproportionately affected by tobacco use, and flavored tobacco, including menthol, continues to have a particularly insidious effect on our community,” Bowser said. “Today, we take a hugely impactful step to reducing tobacco initiation and addiction in Washington, D.C.”

“They are only one piece of our work to build a healthier, more equitable DC,” added the Mayor.

The DC City Council approved the measure on June 29th. Critics claim the move will create a black market for menthol-flavored cigarettes from nearby Virginia and Maryland. 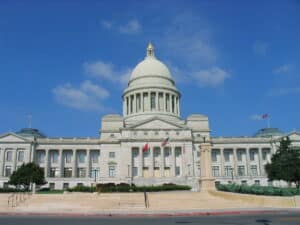 Ban on Gender-Transitioning Treatments for Children Temporarily Blocked in Arkansas