‘The U.S. commitment to the defense of the ROK and Japan, remains ironclad,’ the Pentagon said

North Korea launched a ballistic missile over eastern waters, marking the nation’s 14th round of weapons firing this year.

Just days earlier, North Korean leader Kim Jong Un said he would speed up the production of his nuclear arsenal during a military parade in the nation’s capital.

The missile was fired from the Pyongyang area and is a “grave threat” to international peace and security, according to the South Korean Joint Chief of Staff, Won In-Choul.

Won also told the media the act was a violation of United Nations Security Council resolutions.

South Korea’s President-elect, Yoon Suk-yeol, is set to take office in the coming days. Yoon is expected to take a tougher stance on North Korea’s military activities than his predecessor, Moon Jae-in.

Yoon has said he would be open to increasing humanitarian aid to North Korea provided Kim made steps to disarm his nuclear weapons program, per Newsweek.

The missile launch was also recorded by Japanese authorities, who reported the weapon is likely to have landed outside the Japanese Exclusive Economic Zone, per CNBC.

“North Korea’s series of actions that threatens the peace, safety and stability of the international community are impermissible,” said Japanese Prime Minister Fumio Kishida, who spoke to reporters while on a trip to Rome.

The United States Department of Defense confirmed and condemned the missile launch and warned North Korea against any “further destabilizing acts.”

“We are aware of the DPRK’s ballistic missile launch today and are consulting closely with the Republic of Korea (ROK) and Japan, as well as other regional allies and partners,” the Pentagon said in a statement. “While we have assessed that this event does not pose an immediate threat to U.S. personnel, territory, or that of our allies, we will continue to monitor the situation.

“The U.S. commitment to the defense of the ROK and Japan, remains ironclad,” the DOD added.

“Launching a ballistic missile at a time when the world is making efforts to resolve the Ukraine war is never desirable for peace and stability in the world, the region, and on the Korean Peninsula,” the South Korean presidential office, known as the Blue House, said at the time.

In recent weeks, satellite images indicate North Korea has been repairing the Punggye-ri nuclear test facility, which had been partially disabled in 2018 during a diplomatic period under President Donald Trump. 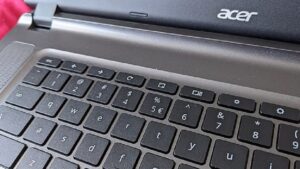