North Carolina has just become the second US state to report cases of children mysteriously contracting hepatitis, despite the usual viruses causing the illness not being detected.

There appears to be a small, but serious, outbreak of unexplained hepatitis in young children worldwide.

The mysterious cases have been reported in the US, UK, Denmark, Ireland, the Netherlands, and Spain. Children between the ages of 2-5 appear to be effected the most.

North Carolina’s Department of Health and Human Services is working with the state’s poison control center and epidemiologists to try to determine the cause of the illnesses in two young children there this week.

“Both North Carolina cases were in school-aged children. Neither required a transplant and both have since recovered,” Bailey Pennington, a spokesperson for the state’s Department of Health and Human Services, told STAT News.

While most of the children who have tested positive recovered fully, several have required liver transplants — including two in Alabama, eight in the United Kingdom, and one in Spain.

The UK government has tracked 74 cases of children with unexplained cases hepatitis since January.

Alabama has had the most confirmed cases of any state in the US so far, with nine confirmed.

“In the US, Alabama’s public health department said nine cases have been found in children aged one to six years old, with two needing liver transplants,” the BBC reports. “Investigations into similar cases in other states are taking place, it added.”

The Alabama Department of Public Health has said that none of the children had any underlying health issues before testing positive for hepatitis.

“I never thought I was going to face something like this,” Dr. Helena Gutierrez of UAB Children’s Hospital of Alabama told News 19.

All of the children in Alabama were from different parts of the state and are not associated with one another.

“When you go into pediatrics, yes, you are going to see sick kids and you know it’s going to happen, but not often in our specialty do we see these events of accumulative failure or acute hepatitis really close to each other. This is something that we couldn’t predict. It’s both fascinating and terrifying at the same time,” Dr. Gutierrez’s colleague Dr. Henry Shiau added.

Health investigators have speculated that since the typical viruses that cause hepatitis have not been detected, it may be being spread through a common adenovirus.

Adenoviruses typically cause a range of mild to medium symptoms including common cold or flu-like symptoms, fever, sore throat, acute bronchitis, or pneumonia.

“It did however say that other possible causes of the illness are also being investigated, and it had not ruled out Covid-19. It added that there is no apparent link with Covid-19 vaccines,” the BBC report states.

The UK’s Health Security Agency said “there is no link to the COVID-19 vaccine,” as none of the confirmed cases in the UK have been children who were vaccinated.

The European Centre for Disease Prevention and Control (ECDC) said that there are currently investigations in all countries with reported cases, but that “at present, the exact cause of hepatitis in these children remains unknown.”

“Toxicological investigations are ongoing but an infectious etiology is considered more likely given the epidemiological picture and the clinical features of the cases,” the agency said.

Parents are being encouraged to tell their children to wash their hands thoroughly and frequently. 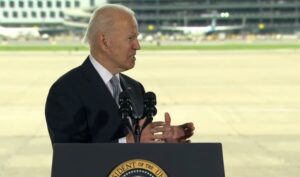