A grand jury in Tennessee has determined that the homeowner who shot and killed a man who was attempting to force entry into his home should not face charges.

The shooting, which occurred in the evening hours of May 17, was justified under the state’s “stand your ground” laws. The victim, Michael Owen, had spent the night engaged in the use of narcotics, which resulted in neighbors calling the police to report a domestic disturbance at least once earlier that evening.

Owen had fled a nearby residence that is known as a drug den to local police by way of a window before making his way to the residence of a man who was hosting his elderly parents for the evening. While the man’s father attempted to prevent Owen from opening the door any further, the homeowner grabbed his rifle and fired five rounds through the door, striking and killing Owen.

Tennessee allows residents to use force in order to prevent imminent danger or death.

A subsequent autopsy revealed that Owen had an “extremely high level of methamphetamine” in his system.

It was determined that Owen had cut his head jumping through the window of 502 W. 2nd Avenue before making his way across the street and up to neighboring W. 2nd Avenue home. Owen then made his way to the front door yelling and banging on the door trying to make entry. In the process of Owen trying to force the door open, Owen broke out the glass fan shaped window at the top of the door. The homeowner’s older father was trying to close and keep the door closed after Owen had gotten it partly open. At this point the homeower son shot five times with a rifle through the door killing Owen.

The autopsy revealed that Owen was hit multiple times with the gunshots that went through the door. There was marijuana in his system and an extremely high level of methamphetamine.

The Grand Jury concurred with the District Attorney General’s decision not to bring criminal charges against the shooter based upon self-defense and the “stand your ground” statute. 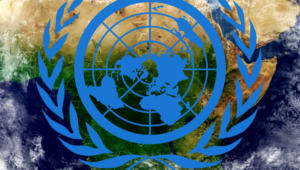