Nine Members of One Family, Including Six Children, Killed in US Drone Strike Near Kabul Airport

Nine members of a single family, including six children, were killed in the US drone strike near the Kabul airport on Sunday.

The children ranged from two to ten years old.

U.S. Central Command said that the drone strike wiped out a vehicle carrying multiple suicide bombers who posed an “imminent ISIS-K threat” to the airport.

“We are aware of reports of civilian casualties following our strike on a vehicle in Kabul today. We are still assessing the results of this strike, which we know disrupted an imminent ISIS-K threat to the airport,” Capt. Bill Urban, USN, U.S. Central Command Spokesman said in a statement. “We know that there were substantial and powerful subsequent explosions resulting from the destruction of the vehicle, indicating a large amount of explosive material inside that may have caused additional casualties.”

Urban concluded that “it is unclear what may have happened, and we are investigating further. We would be deeply saddened by any potential loss of innocent life.”

A brother of one of the people killed by the strike told CNN that they were “an ordinary family” that did not have ties to terrorist organizations.

“We are not ISIS or Daesh and this was a family home — where my brothers lived with their families,” he told the network.

Photos from the scene were posted to social media.

The #US carried out a defensive #airstrike in #Kabul, targeting a suspected #ISISK suicide bomber who posed an “imminent” threat to the airport. Nine members of one family, including six children, were killed in the drone strike. #Taliban #ISIS #Afghanistan #KabulAiport pic.twitter.com/hP3zvF9RbL

“All the neighbors tried to help and brought water to put out the fire and I saw that there were five or six people dead,” a neighbor who lived near the explosion told CNN. “The father of the family and another young boy and there were two children. They were dead. They were in pieces. There were [also] two wounded.”

Many people from across the political spectrum have been speaking out about Central Command’s lack of regard for civilian casualties.

“Having military leaders bomb a residential area and wipe out an entire family including children, then watch them & their media allies lie about it (we killed only ISIS planners, no civilian casualties) is the most fitting end to the war in Afghanistan,” journalist Glenn Greenwald remarked on Twitter in response to the Central Command’s statement.

Having military leaders bomb a residential area and wipe out an entire family including children, then watch them & their media allies lie about it (we killed only ISIS planners, no civilian casualties) is the most fitting end to the war in Afghanistan:https://t.co/rRteLsceHs

The Taliban has condemned the strike, claiming that the U.S. has violated their sovereignty.

Bilal Kareemi, a Taliban spokesperson, told CNN that it was “not right to conduct operations on others’ soil” and that the U.S. should have informed them first. “Whenever the U.S. conducts such operations, we condemn them,” he said.

The strike was the second in three days by U.S. forces targeting ISIS-K in retaliation for the attack that left 13 U.S. servicemembers dead on Thursday. 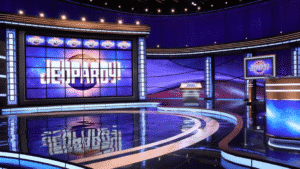 Jeopardy! Still Searching For Host as Top Candidates Prove to be Controversial