Jeopardy! Still Searching For Host as Top Candidates Prove to be Controversial

Jeopardy!  is still struggling to find a new permanent host as scandals continue to plague its probable hires.

Last week, Mike Richards stepped down just days after the show publicly announced him as the new nightly host.

He had come under fire for past remarks he made while hosting his podcast, The Randumb Show, from 2013 to 2014.

In a statement, Sony Pictures Television noted Richards would stay on as an executive producer.

“We were surprised this week to learn of Mike’s 2013/2014 podcast and the offensive language he used in the past,” the company said. “We have spoken with him about our concerns and our expectations moving forward. Mike has been with us for the last two years and has led the Jeopardy! team through the most challenging time the show has ever experienced. It is our hope that as EP he will continue to do so with professionalism and respect.”

Richards was fans’ second choice for a new host, according to an online poll.

“Jennings scored the best ratings of any guest Jeopardy! host and got the longest stint behind the podium, though his six weeks ended abruptly, reportedly due to some Mike Richards-related chicanery,” says Uproxx.

Now, a new report from The Wall Street Journal suggests he was initially passed over for the job because of posts he made on Twitter.

In 2014, Jennings tweeted, “Nothing sadder than a hot person in a wheelchair.” He has since apologized but reportedly he did poorly with focus groups. The network went with number two, Mike Richards, instead.

Now, there is a possibility that Jennings, who has been consulting on the show for years, may have a second shot at the nightly hosting gig.

Until a permanent host is determined, actress Mayim Bialik will temporarily fill the void. The Blossom and Big Bang Theory actor was initially only going to host prime-time tournaments. While Bialik seemed like a natural successor to may, she is far from a safe option. She has established a reputation for being a controversial parenting influencer. While not everyone agrees with her positions on attachment parenting or veganism, her 2010 comments about c-sections caused a backlash when they resurfaced online.

Bialik believes in home-birth. She told Self writer Taffy Brodesser-Akner, “There are those among us who believe that if the baby can’t survive a home labor, it is OK for it to pass peacefully. I do not subscribe to this, but I know that some feel that … if a baby cannot make it through birth, it is not favored evolutionarily.”

She is a fan of Dr. Bob Sears, who “advocates for alternative vaccination schedules and opposes mandatory vaccination,” per Rolling Stone. Bialik had previously said her family was a non-vaccinating one. This year, however, she said in a video on her YouTube channel that while she delayed their vaccinations initally, her children were now vaccinated. She also added that children receive “way too many vaccines in this country” and that “the medical community often operate[s] from a place of fear in order to make money.”

She has spoken out about the potentially harmful effect of hormonal birth control for women, including increased rates of anxiety and depression.

“It is a powerful drug with a lot of side effects and it is not a mood regulator … many women experience staggering depression, emotionalability, and something I’m concerned about is the stereotyping of women and their moods and even about PMS may actually be reflecting the hormonal manipulation of our systems,” Bialik said in the documentary Sweetening the Pill.

Jeopardy! has not commented on Bialik’s past statements. 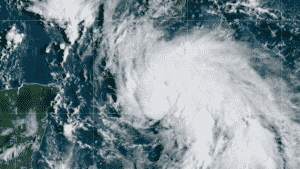