Every registered voter in California will now be sent a mail-in ballot.

Gov. Gavin Newsom signed Assembly Bill 37, making California the eighth state in the country to adopt this kind of legislation.

The bill, which was authored by Assemblyman Marc Berman (D-Menlo Park), “requires county elections officials to mail a ballot to every active registered voter for all elections, whether they request it or not. Voters can still choose to vote at physical polling locations, if they prefer. The new law will also permanently extend the time mail ballots have to arrive at elections offices from three days to seven days after an election, a practice adopted in 2020,” per The Sacramento Bee.

“Last year we took unprecedented steps to ensure all voters had the opportunity to cast a ballot during the pandemic and today we are making those measures permanent after record-breaking participation in the 2020 presidential election,” he said.

Newsom tried to enact universal mail-in voting via executive orders during the pandemic. The Sutter County Superior Court ruled he acted beyond the powers granted to him under the California Emergency Services Act and overruled the order as unconstitutional. A permanent injunction was issued in order to prevent Newsom from repeating his actions.

“It’s no secret that Democrats have and will continue to try to manipulate election regulations for their political advantage,” California GOP Chairwoman Jessica Millan Patterson said in a statement. “Republicans will hold them accountable through our election integrity operations — including litigation, where appropriate — and by recruiting and supporting candidates who will provide solutions to California’s numerous challenges.”

She added, “The California Republican Party is committed to ensuring elections are safe, fair and secure, giving voters the confidence they need to cast a ballot.”

Critics of the vote-by-mail ballots cite concerns of voter fraud, security, and election integrity. Mail-in ballots could be tampered with or illegally filled out and submitted, impacting the results of an election.

“Like Utah, California had already begun allowing mail-in voting on a county-by-county basis pre-pandemic but expanded it to all voters in 2020. The practice was extended statewide temporarily through 2021, including the recent gubernatorial recall election,” per the Times of San Diego.

The Secretary of State’s office reported that over 87% of votes in the 2020 General Election were cast through mail-in ballots. Data shows that 2020 had the highest general election turnout rate in California since 1952, with 70% of eligible voters participating in the election. 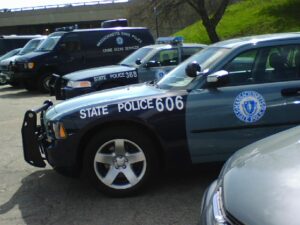