State police officers have until October 17 to be fully vaccinated

Dozens of police officers in Massachusetts have resigned because of the state’s COVID-19 vaccine.

Police officers were required to show proof that they are fully vaccinated by Oct. 17 or possibly lose their jobs.

The State Police Association of Massachusetts (SPAM), which represents about 1,800 members, reports about 20% of State Police employees are not vaccinated.

The union’s request to put the mandate on hold was denied by a judge last week.

Following the decision, the union said in a statement:

“Throughout COVID, we have been on the front lines protecting the citizens of Massachusetts and beyond. Simply put, all we are asking for are the same basic accommodations that countless other departments have provided to their first responders, and to treat a COVID related illness as a line of duty injury.

“To date, dozens of troopers have already submitted their resignation paperwork, some of whom plan to return to other departments offering reasonable alternatives such as mask wearing and regular testing. The State Police are already critically short staffed and acknowledged this by the unprecedented moves which took troopers from specialty units that investigate homicides, terrorism, computer crimes, arsons, gangs, narcotics, and human trafficking, and returned them to uniformed patrol.”

SPAM wants the state to negotiate the terms of the vaccine requirement with more workers rather than enforce a mandate.

“Union president Sgt. Michael Cherven, said some of the troopers he represents may be recruited away from Massachusetts State Police if the mandate does not include some accommodations,” per CBS Local.

Cherven told the outlet, “They have opportunities to return to the municipal departments they came from. There are opportunities outside of Massachusetts, New Hampshire and New Jersey state police associations have reached out.”

According to Fox News, officers have to notify the department 30 days before they resign. As the vaccine deadline approaches, many are still waiting to hear back about medical and religious exemptions.

Governor Charlie Baker defended the necessity of the mandate during a press conference on Monday, saying he would work with the state police and legislature to fund “classes” as well as “recruit aggressively [to] refill the ranks” left depleted by the mandate’s enforcement. 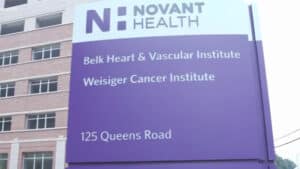