The New York State Education Department (SED) has ordered all public schools to remove Native American mascots and imagery. Schools that do not comply may be subject to funding cuts.

James N. Baldwin, SED Sr. Deputy Commissioner, said in a recent memo that the department has consistently opposed the use of Native American mascots, citing a 2001 memo from a former SED commissioner who considered Indian mascots “a barrier to building a safe and nurturing school community.”

Many school districts have already complied, but not all. Cambridge Central School District, as Baldwin noted, reversed its decision to end the use of an Indian mascot in 2021, resulting in challenges from community members.

A judge ruled that by not changing the name, the school district was engaging in “abuse of discretion.”

Squabbles over teams using Native American names and mascots have been long-running, but public sentiment has been divided.

The NFL’s Washington Redskins endured a protracted battle over whether to change the team name, mascot, and imagery. However, a poll from the Washington Post found that 90 percent of Native Americans were not offended by the team name.

Baldwin says that any school refusing to halt use of Native American names and imagery is in violation of the Dignity Act, which, according to state officials, “seeks to provide the State’s public elementary and secondary school students with a safe and supportive environment free from discrimination, intimidation, taunting, harassment, and bullying on school property, a school bus and/or at a school function.”

SED says the penalties for a school willfully violating the Act include removal of school officers and the withholding of state funding.

“Those school districts that continue to utilize Native American team names, logos, and/or imagery without current approval from a recognized tribe must immediately come into compliance,” Baldwin says.

“Schools are learning environments; students learn as much through observation of their surroundings as they do from direct instruction,” Baldwin added. “In addition to their legal obligations, boards of education that continue to utilize Native American mascots must reflect upon the message their choices convey to students, parents, and their communities.” 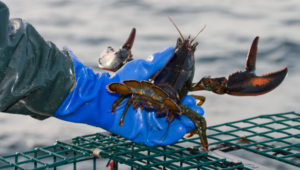