“There can be no question that every person in this State wishes, wants, and prays that this era of COVID ends soon and they will surely do their part to see that is accomplished,” Rademaker wrote. “However, enacting any laws to this end is entrusted solely to the State Legislature. While the intentions of Commissioner Bassett and Governor Hochul appear to be well aimed squarely at doing what they believe is right to protect the citizens of New York State, they must take their case to the State Legislature.”

Hochul responded by vowing to use “every option” to reverse the ruling.

“My responsibility as Governor is to protect New Yorkers throughout this public health crisis, and these measures help prevent the spread of COVID-19 and save lives,” Hochul said in a statement. “We strongly disagree with this ruling, and we are pursuing every option to reverse this immediately.”

The New York State Department of Education (NYSED) also issued a statement in response, ordering public schools to ignore the ruling and continue to enforce the mask mandate. The NYSED pointed to a different case in Albany County in which a state Supreme Court judge denied a challenge to the mandate from two school districts, arguing that the conflicting decisions lead the agency to believe that the state’s Department of Health will appeal Monday’s decision, which will “result in an automatic stay that will unambiguously restore the mask mandate until such time as an appellate court issues a further ruling.”

Rep. Lee Zeldin (R-NY), who is running to replace Hochul as New York’s governor in 2022, praised the ruling.

“We did it!” Zeldin said. “A New York State Supreme Court Judge just ruled the Hochul Administration’s statewide mask mandate as unconstitutional and a violation of New York State law. Honored to have fought side by side with small business owners, parents, elected officials like Nassau County Executive Bruce Blakeman and so many others in fighting for common sense, freedom, and the full science as opposed to just partial science.”

Zeldin went on to criticize Hochul’s decision to “force New York children as young as 2-years-old to be masked up all day long two years into a pandemic that has harmed kids physically, developmentally, mentally and emotionally.” 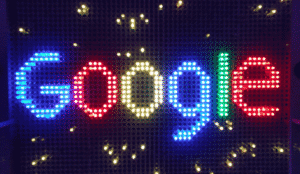 Google Sued By District of Columbia For ‘Deceiving Users’