Google Sued By District of Columbia For ‘Deceiving Users’

The District of Columbia and three states have filed lawsuits against Google for allegedly invading users’ privacy by making it virtually impossible to turn off location tracking.

D.C. Attorney General Karl Racine says the tech giant “systematically” deceived their customers when informing them how and why information is tracked.

“Google falsely led consumers to believe that changing their account and device settings would allow customers to protect their privacy and control what personal data the company could access,” Racine said in a statement. “The truth is that contrary to Google’s representations it continues to systematically surveil customers and profit from customer data.”

He said customers were led to believe they could control the information Google could collect about them through their Android devices and apps when, in reality, the company has “an unprecedented ability to monitor consumers’ daily lives.”

Furthermore, the lawsuit contends that the company makes it almost impossible to stop it from collecting location data.

“In reality, consumers who use Google products cannot prevent Google from collecting, storing and profiting from their location,” says the lawsuit filed in D.C. courts on Jan. 24.

BREAKING: My office is suing Google for deceiving users and invading their privacy.

Google claims that changing your device and account settings protects your data. The truth is, since 2014, Google has systematically surveilled users no matter what settings they choose.

The data-collection practice could be in violation of D.C.’s Consumer Protection Procedures Act, which prohibits “a wide variety of deceptive and unconscionable business practices.”

“Google’s business model relies on constant surveillance of its users,” Racine’s office said in a press release. The A.G. described the company’s “powerful financial incentive to obscure the details.” In 2020 alone, Google earned $150 billion in revenue using the location data through digital advertising for its parent company, Alphabet Inc.

According to Engadget, “This case follows a landmark action in Arizona, brought in 2020, where AG Mark Brnovich wanted the company to pay back ad money to users who thought they had turned tracking off, but did not. In 2021, documents from that case emerged claiming that Google had further sought to obscure the settings that would enable a user to disable location tracking.”

In a response to the lawsuit, Google spokesperson Jose Castaneda said the company would “vigorously defend” itself and “set the record straight.”

“The attorneys general are bringing a case based on inaccurate claims and outdated assertions about our settings,” Castaneda said. “We have always built privacy features into our products and provided robust controls for location data.”

The D.C. lawsuit will be joined by legal action from the attorneys general of Texas, Indiana, and Washington. 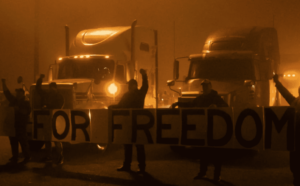