“For far too long, communities of color in New York have been held back by systemic racism and inequitable treatment,” Hochul said in a statement. “I am proud to sign legislation that addresses this crisis head-on, addressing racism, expanding equity, and improving access for all.”

“Legislation S.70-A/A.2230 is intended to enact the ‘hate crimes analysis and review act,’ which will create guidelines for the collection and reporting of demographic data concerning hate crime victims and their alleged perpetrators,” reports ABC News.

“Our state is meant to be a beacon of diversity, equity, and inclusion, but without the tools to protect our marginalized communities these words carry little truth behind them,” said State Assembly Member Karines Reyes, the lawmaker behind the bill. “The Hate Crimes Analysis and Review Act ensures that we collect accurate demographic data of perpetrators and victims to better protect the communities being targeted. Without data, the plight of many will remain invisible.”

“As New York continues to face the devastation caused by the COVID-19 public health crisis, it is essential that the needs of all of our communities be understood and met,” added State Senator Julia Salazar. “For the diverse Asian-American and Pacific Islander communities in New York this cannot be accomplished without detailed data that recognizes and respects the experiences of the numerous groups that make up the AAPI communities.” 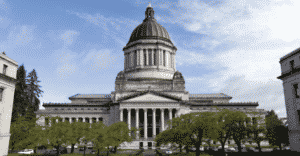