A new study shows that myocarditis, or inflammation of the heart muscle, was identified in five out of 25 people who died suddenly within about three weeks of receiving an mRNA COVID-19 vaccine.

Researchers — who published their findings in peer-reviewed medical journal Clinical Research in Cardiology — examined autopsies and tissue samples of individuals “who had died unexpectedly and within 20 days after” COVID-19 vaccination. They determined that vaccine-induced myocarditis was the “likely cause” of death.

“Based on the autopsy findings and all available data, no other cause of death except (epi-)myocarditis was identified in any of the cases presented here,” researchers stated. “Hence, myocarditis has to be considered the likely cause of death.”

The study also confirmed that none of the deceased persons had ever contracted SARS-CoV-2 prior to vaccination.

“In general, a causal link between myocarditis and anti-SARS-CoV-2 vaccination is supported by several considerations,” which include “a close temporal relation to vaccination; all cases were found dead within one week after vaccination,” absence of any other significant pre-existing heart disease, and no presence of other myocarditis-causing infectious agents.

Thirty-five individuals were initially included in the study, but researchers eliminated 10 patients after autopsies confirmed other causes of death. Of the 25 bodies found unexpectedly dead at home within 20 days following vaccination, “cardiac autopsy findings consistent with (epidemic-)myocarditis were found in five cases,” according to the study.

The median age at death was 58 years (range 46-75 years). Other research has confirmed that myocarditis after vaccination is higher, albeit rare, in young males. It is unclear if a younger sample size would yield a greater number of deaths correlated with vaccination.

Each individual who died from myocarditis received a Moderna or Pfizer vaccine within seven days of their death. Three of the deceased were women, two were men.

Four died after receiving a single dose of the vaccine and the remaining case died after the second dose.

The authors concluded that “a definitive functional proof or a direct causal link between vaccination and myocarditis” cannot be provided. However, they stated that since “this fatal adverse event may affect healthy individuals, such registry and surveillance programs may improve early diagnosis, close monitoring, and treatment.”

The elimination of possible causes of death other than vaccination signals that these cases are just the “tip of the iceberg,” Dr. Andrew Bostom, a Rhode Island-based heart expert, told The Epoch Times.

“If there’s a seemingly healthy person that dies suddenly in their sleep, essentially, these are typically the cases that are autopsied, and clearly the most common finding is some form of atherosclerotic coronary heart disease. But they basically ruled that out in these cases. And then they came up with the most plausible proximate cause being vaccination,” he said. “And so it suggests that the phenomenon could actually be broader than it’s been suspected to be.” 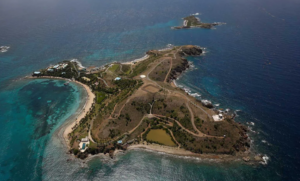