The government will also receive half the proceeds from the sale of Little St. James

The U.S. Virgin Islands announced the end of nearly three years of legal proceedings in a sex trafficking case brought against the estate of Jeffery Epstein

The American territory announced the late financier’s estate would pay its government $105 million in cash.

Additionally, the government will receive half of the money generated from the sale of Little St. James island, the location of Epstein’s home where he is believed to have sexually abused dozens of underage girls.

Money from this sale will be kept in a trust overseen by the U.S. Virgin Islands government. The funds will be used to help local residents who have been sexually abused, including covering the price of counseling and supporting community organizations.

Little St. James is currently listed for $55 million. It has three beaches, a helipad, a gas station, and an infrastructure support system that is described as “comprehensive” and “discreetly located.”

The lawsuit was first filed against the estate of the billionaire and registered sex offender in 2020 by attorney Denise George. George contended Epstein and his accomplices “created a sprawling network that used properties and companies in the Virgin Islands to traffic dozens of women and girls to be raped, sexually assaulted and held captive on Epstein’s private island,” per The New York Post.

“This settlement restores the faith of the people of the Virgin Islands that its laws will be enforced, without fear or favor, against those who break them,” George said in a statement. “We are sending a clear message that the Virgin Islands will not serve as a haven for human trafficking.”

Epstein was found dead in August of 2019 in his cell in a New York prison, where he was awaiting trial on sex trafficking and conspiracy charges.

Epstein’s estate has already settled with more than 130 people and paid more than $121 million through a victim’s compensation fund in April of 2021.

The U.S. Virgin Islands also accused Epstein of causing environmental damage to Great St. James. His estate will pay $450,000 to the government for the repairs and to ensure “the islands cannot be used for illicit purposes by those associated with Epstein,” per the Washington Examiner.

Great St. James is also up for sale with a listing price of $55 million. The island is 160 acres and includes three beaches.

Finally, Epstein’s estate has agreed to return $80 million in economic tax benefits to the U.S. Virgin Islands. The government says these benefits were “fraudulently obtained” by Epstein and several co-defendants to assist with his illegal actions.

An attorney for Epstein’s estate stressed in a statement to AP News that the settlement with the U.S. Virgin Islands was not an admission of guilt or a concession of liability or fault by the co-executors, Darren Indyke and Richard Kahn.

Both men were named in the U.S. Virgin Islands complaint, which described them as “the indispensable captains of Epstein’s criminal enterprise, roles for which they were richly rewarded.”

“The co-executors deny any allegations of wrongdoing on their part,” wrote Daniel Weiner, an attorney for the Epstein estate. “The co-executors ultimately concluded that the settlement is in the best interest of the estate.” 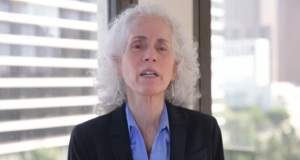 LA County To Reinstate Indoor Masking As Soon As Next Week