Gov. Phil Murphy has promised to 'swiftly' sign it into law

The New Jersey State Senate has passed legislation that will strictly limit the ability of state residents to obtain a concealed carry permit for a firearm.

Introduced two months ago, the bill (A4789) follows a ruling by the U.S. Supreme Court in New York State Rifle & Pistol Association v Bruen, which established that states cannot require citizens to show “proper cause” to obtain a concealed carry permit.

Though the Court’s ruling created new protections for permit holders, it was limited enough that it left open the possibility for states to enact other gun control laws, notably the ability to further restrict carrying a firearm in whatever state officials deem a “sensitive place,” which may include schools, universities, restaurants, parks, recreation spaces, places that sell alcohol, places where large groups of people congregate, public transportation, and numerous other locations.

New Jersey’s legislature relied upon this loophole in the creation of its latest gun control bill, which is widely expected to be challenged in court.

The bill passed narrowly along party lines with Democrats voting in favor and Republicans opposing in a 21-16 vote. Supporters argue it is a necessary step to protect New Jersey residents.

“I felt an obligation to the state of New Jersey and our constituents to get this done in a timely fashion, before the holiday break to get a framework in place for legalized gun permit holders,” NJ.com quoted Senate President Nicholas Scutari (D) as saying. “I think it’s a well thought-out piece of legislation.”

Sen. Linda Greenstein (D) said, “We must do everything we can to make sure New Jersey families remain safe and protected while enjoying all New Jersey has to offer,” according to NJ.com.

Opponents argue that the law is unconstitutional and denies law abiding gun owners the right to defend themselves.

Scott Bach, the executive director of the Association of New Jersey Rifle and Pistol Clubs, told local radio station 101.5 FM the bill is “a big middle finger to the U.S. Supreme Court on right-to-carry,” referencing the timing of the bills writing, which came after the Court’s June ruling.

“Right-to-carry is a citizen’s right to protect their life outside of the home with a firearm, that’s all it is, it’s in the Constitution, it’s been around for a long time,” he said. “It’s an attempt to do an end-run around the Supreme Court decision from June that opened up the right to carry to the entire country. The legislation will be challenged in court the moment the governor signs it, and it’s going to go down in a heaping, flaming ash-pile, this is not a close call.”

Overall, research has consistently shown that concealed-carry permit holders are among the most law abiding people in the U.S. 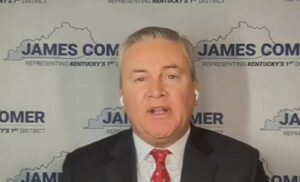