A New Jersey school board attorney has claimed that parents don’t have the “right” to “dictate what their children are taught.”

The comments were made during a Lawrence Township Public Schools (LTPS) Board of Education meeting last week.

During the meeting, the discussion turned to Policy 5756, which is mandated by the state’s Department of Education, and makes it “unlawful for schools to subject individuals to differential treatment based on gender identity,” according to a report from local station Fox 17.

Under the policy, schools must accept a student’s “gender identity” — even if the parents do not consent. Staff is also not required to inform parents about their children’s gender issues.

At the meeting, several parents opposed the policy, asserting that it violates their constitutional rights.

“The fact is that the schools should not be inserting themselves into an area that so clearly involves the right of parents to determine what is best for their child,” one LTPS mother, Martha, said, according to the Fox 17 report. “In every other area of our children’s care, the schools consult the parents.”

The mother cited things like prescription medications and field trips as examples.

“Historically, it’s not been the responsibility of schools to teach children in the areas of sexual morality and values,” another mother, Nina Fitzgerald, said. “Rather, this has been accepted as the responsibility and privilege of parents.”

School board attorney John Comegno responded to the concerns by saying that parents do not have any rights over what is taught to their children.

“The right, folks, of parents is not to dictate what their children are taught,” Comegno said. “It is to determine where they attend.”

Comegno said that the curriculum is determined by state standards, and not parental concerns.

Fox 17 noted that “a study published by the National Institutes of Health (NIH) found that parental involvement tends to be positively associated with a child’s academic performance, including higher report card grades and standardized test scores. This appears to align with what families desire, as a recent poll by the American Federation for Children revealed that 78% of parents want influence over what their children are learning in K-12 schools.” 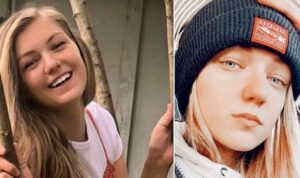