The additional funding may help slow the state's 'brain drain'

At a press conference at the Rutgers campus in New Brunswick, Murphy announced his administration’s intention to distribute $400 million in grants to colleges and universities across the country.

“Right now, all across the state, high school seniors are sending out their college applications. Our goal, since day one of this administration, has been to see more and more of these applications headed to admissions offices right here in New Jersey,” said Murphy. “As I’ve said more times than I care to count, we need to stop letting our high-achieving young people be one of our state’s greatest exports.”

“Officials say the state funding should also help keep tuition in check for students, as the state foots the bill for improvements colleges would normally have to pay for,” per WHYY.

“Not only is this hopefully going to make our already world-class institutions of higher education even better and sharper. It will also take the burden off of students and their families, but it’s also the smart thing to do,” Murphy said during his announcement.

Murphy, a Democrat, narrowly secured his second term after the Republican nominee Jack Ciattarelli surged in the polls on election day. Ciattarelli focused on lowering property taxes and ending COVID-19 restrictions, while Murphy showcased his first-term successes, including increasing funding for public schools and providing more access to pre-K. 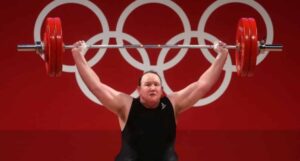