The International Olympic Committee (IOC) released new guidelines stating that transgender women – biological males – will no longer be required to reduce their testosterone levels in order to compete in the women’s sports category.

The IOC will use this framework to “promote a safe and welcoming environment for everyone,” adding that the framework “also acknowledges the central role that eligibility criteria play in ensuring fairness.”

The new IOC framework concludes that there should be no presumption that transgender women have a biological advantage over women – a view that conflicts with research on the subject and is a reversal on the IOC’s previous stance.

The new framework additionally replaces the IOC’s 2015 guidelines, which required transgender women to have testosterone levels below 10 nanomoles per liter for at least a year before competing. To put the 2015 number into perspective, this converts into testosterone levels of 288.42 ng/dL, a number that falls inside the normal range of testosterone for males and is about 14 times the average testosterone level for females.

After the IOC announced it would be changing its guidelines earlier this year, multiple scientists consulting with the IOC on its transgender policy argued that the new guidelines should be more restrictive, not less restrictive.

One of the scientists, Yale endocrinologist Myron Genel, told Yahoo Sports, “It’s pretty clear that the 10 nanomoles-per-liter testosterone threshold is too high.”

Genel added that the IOC’s 2015 requirement for testosterone levels to fall below the limit for at least 12-months was not long enough. The time requirement is a particularly difficult issue as it has long been known that exposure to higher levels of testosterone leads to permanent performance-enhancing effects, including a permanent increase in myonuclei through testosterone-stimulated accrual from satellite cells.

However, the IOC said the final decision is up to individual sports to decide their rules, and they are still allowed to place restrictions on transgender women entering the women’s category as long as the rules are based on “robust and peer-reviewed science … which demonstrates a consistent, unfair and disproportionate competitive advantage and/or an unpreventable risk to the safety of the athletes.”

“Overall, I think there is much to like in the new IOC framework that pertains to transgender athletes,” said Joanna Harper, the visiting fellow for transgender athletic performance at Loughborough University in England. “However [the no presumption of advantage and evidence-based approach principles] are problematic for me. There is no doubt that transgender women are on average taller, bigger and stronger than cisgender women and that these are advantages in many sports.”

“Also suggesting that sports organizations need to have robust and peer reviewed research before placing any restrictions on transgender athletes is unreasonable. Such research would take years or perhaps decades to complete. Sports governing bodies need to make decisions now, and it is not unreasonable to place some restrictions on trans women in elite level sports,” Harper added.

The IOC’s new guidelines conflict with a recent report from the Sports Councils Equality Group which concludes that transgender women have an advantage over women in sports — even after testosterone levels have been reduced.

The report concluded that “transgender inclusion, fairness and safety cannot co-exist” and that sports will need to decide whether to prioritize “inclusion or fairness (and safety if relevant). This is a choice.” 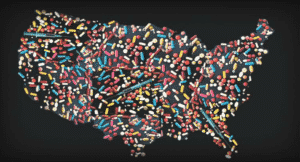