The council, which is controlled by Republicans, cited a new state law that requires abortion and family planning services at facilities to be physically and financially separated in order to receive taxpayer dollars.

“You can’t pay a secretary half out of one pot of money and half out of another pot of money. … These are the rules now and they have to be followed,” Councilor David Wheeler of Milford told The Conway Daily Sun.

Only organizations that do not provide abortions were approved for family planning funds.

Democrat Cinde Warmington was the only council member who voted in favor of all the contracts. She argued that targeted defunding will come at the cost of women’s health.

“This will affect birth outcomes in our state,” she said. “That is just atrocious that these councilors voted these contracts down.”

WMUR says that “opponents of abortion said they want the state to stay on top of the organizations through newly strengthened audit provisions.”

Jason Hennessey, of New Hampshire Right to Life, told the outlet, “We, as the pro-lifers who don’t want our money mixed in with abortion, we need to stand vigilant.”

Governor Chris Sununu did not comment on the contracts during the council’s meeting. Afterward, he released the following statement:

“I brought these contracts forward because I support them, just as I have every year as governor, because they protect women’s health and it is the right thing to do. Today’s action to vote down funding like cancer screenings and other women’s health services is incredibly disappointing and not something I agree with.”

House Democrat Leader Renny Cushing said in a written statement, “We are seeing the New Hampshire GOP become more radicalized with each passing day and their refusal to listen to science is costing lives and costing Granite Staters our time stuck in this pandemic.”

During the same meeting, the council voted to reject the $22.4 million offered by the Centers for Disease Control and Prevention to fund the Immunization Program under the Consolidated Appropriations Act 2021. It would have created 12 new positions for immunization purposes. 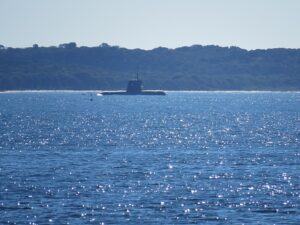