The New Hampshire House has voted to legalize the personal use and cultivation of small amounts of marijuana.

Adults over the age of 21 are now allowed to possess three-quarters of an ounce of marijuana and are permitted to grow up to six plants following a Jan. 6 vote.

Rep. Mark Warden (R-Manchester) celebrated the legislation in a statement ahead of the vote.

“This is truly a bipartisan issue with strong and wide support from Granite Staters,” Warden said. “The war on cannabis is a war on people. Those people are our neighbors and our constituents.”

The @NHHouseGOP and @NHHouseDems may not agree on much these days, but they agree it should be legal for adults to grow and possess cannabis for personal use. HB 629 passed the House this morning 241-113 and will proceed to @TheNHSenate. #NHPolitics https://t.co/g6BWm2dVGx

The bill has been reserved for additional work to be completed this summer. It passed in the House with a veto-proof majority. The legislation is opposed by Governor Chris Sununu.

“Under the plan, marijuana could be “gifted” to others but couldn’t be sold,” reports Just The News. “Retail pot stores, similar to those in neighboring states, would also not be authorized.”

Fines of up to $750 could be issued for public consumption or violating the rules of home cultivation, including growing pot in a publicly visible area. There is also a $100 fine for consuming cannabis in public.

Additionally, the proposed legislation says “adults could give cannabis to other adults, provided it was no more than ¾ of an ounce of cannabis, five grams of hashish, up to 300 mg of cannabis-infused products, and/or three immature plants.”

New Hampshire legalized medical marijuana dispensaries in 2013. Sununu vetoed a proposal passed by the legislature that would have allowed those using medical marijuana to grow their own supply. The Governor indicated he was concerned about public safety.

The state then decriminalized marijuana possession in 2017.

Lawmakers are also expected to review a bill that “would allow nonprofit treatment centers that dispense medical cannabis to organize as for-profit business corporations and limited liability companies.” Sununu vetoed the bill which he said “would create pre-ordained monopolies that would dominate the marketplace if recreational marijuana ever becomes legal,” per the Press Herald.

The New Hampshire House of Representatives is led by a Republican majority. The bill will now move to the State Senate for consideration.

Recreational marijuana is legal in the neighboring states of Maine and Vermont. 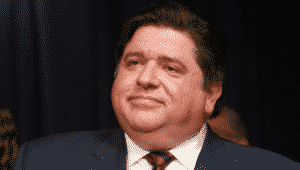