Netflix and TikTok End Most Services In Russia

Netflix and TikTok announced they would limit the services available to Russian users days after the country enacted new misinformation sanctions.

The entertainment companies join other tech companies, including Apple, Microsoft, Intel, and Dell, in taking action against the country following its invasion of Ukraine.

Ukrainian Vice Prime Minister Mykhailo Fedorov has written several open letters to American technology companies asking for them to take action against Russia in light of recent events and limit their services in the country.

“In 2022, modern technology is perhaps the best answer to the tanks, multiple rocket launchers … and missiles,” Fedorov wrote.

“I appeal to you and I am sure you will not only hear, but also do everything possible to protect Ukriane, Europe and, finally, the entire democratic world from bloody authoritarian aggression — to stop supplying Apple services and products to the Russian Federation including blocking access to the App Store,” he wrote.

“We are sure that such action will motivate youth and active population of Russia to proactively stop the disgraceful military action,” Fedorov concluded.

I’ve contacted @tim_cook, Apple's CEO, to block the Apple Store for citizens of the Russian Federation, and to support the package of US government sanctions! If you agree to have the president-killer, then you will have to be satisfied with the only available site Russia 24. pic.twitter.com/b5dm78g2vS

Apple informed its employees on March 1 that it had paused product sales in Russia and limited its services, including Apple pay. Additionally, RT News and Sputnik news were no longer available on the app store outside of Russia.

Fedorov made a similar appeal to Xbox and PlayStation on March 2, asking the companies to block Russian and Belarussian accounts and participation.

You are definitely aware of what is happening in Ukraine right now. Russia declare war not for Ukraine but for all civilized world. If you support human values, you should live the Russian market! pic.twitter.com/tnQr13BsSv

On March 4, the Kremlin passed a law that criminalized the intentional sharing of information considered to be fake. Those in violation of the new policy could be jailed for up to 15 years, per Euractiv.com. Russian President Vladimir Putin also blocked Facebook and Twitter.

“Providers of internet-based services and apps have been mostly reluctant to take actions that could deprive Russian citizens of social media services and other sources of information,” noted AP News.

Netflix had previously announced it would not air Russian State television channels.

The streaming service told The Wall Street Journal on March 6 that operating in Russia was now “too challenging” given the sanctions and “growing payment challenges.”

“Given the circumstances on the ground, we have decided to suspend our service in Russia,” a Netflix spokesperson told the outlet.

TikTok cited concern for its employees’ and users’ safety in its March 6 statement as its motivation to limit its services in Russian. Users can no longer livestream or post new content to the platform.

“TikTok is an outlet for creativity and entertainment that can provide a source of relief and human connection during a time of war when people are facing immense tragedy and isolation,” the company said.

“In light of Russia’s new ‘fake news’ law, we have no choice but to suspend livestreaming and new content to our video service in Russia while we review the safety implications of this law,” TikTok added.

2/ In light of Russia's new ‘fake news’ law, we have no choice but to suspend livestreaming and new content to our video service while we review the safety implications of this law. Our in-app messaging service will not be affected.

The video platform’s in-app messaging service will not be impacted by the changes. 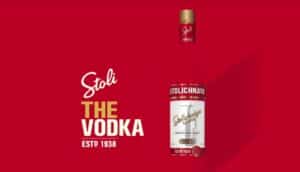