Stolichnaya vodka has officially been renamed Stoli in response to the Russia-Ukraine conflict.

The founder of the company, Russian-born billionaire Yuri Shefler, says he was exiled in 2000 because of his fierce opposition to President Vladimir Putin.

The Russian government claims that Shefler had threatened to kill a government official and did not show up for questioning.

Prior to announcing the name change, Stoli Group said that it will now only be using Slovakian ingredients and none sourced from Russia — calling it “100% non-Russian alpha grade spirit.”

The announcement was made after several states announced that they would be banning Russian alcohol sales in state-run liquor stores — including Pennsylvania, Ohio, Utah, Virginia, and New Hampshire.

“Russia’s ruthless attack on a sovereign nation is an egregious violation of human rights,” Utah Gov. Spencer Cox said in a statement announcing an executive order for the Department of Alcoholic Beverage Control to immediately remove all Russian-made and Russian-branded products. “Utah stands in solidarity with Ukraine and will not support Russian enterprises, no matter how small the exchange.”

NBC 4 reports, “Stolichnaya, or ‘Stoli,’ was pulled from Virginia ABC shelves at least twice in the 1980s amid the Cold War. It was the only Russian-imported product carried in state liquor stores at the time, The Virginian-Pilot reported in 1983. The vodka was quietly returned to shelves once tensions thawed.”

While Stoli vodka has traditionally been marketed as Russian, it has been produced in Latvia since Shefler’s exile.

“Today, we have made the decision to rebrand entirely as the name no longer represents our organization,” Shefler said in a statement obtained by WSB-TV. “More than anything, I wish for ‘Stoli’ to represent peace in Europe and solidarity with Ukraine.”

Damian McKinney, the global chief executive officer for Stoli Group, is a former Royal Marine Commando. He said that the issue is “very personal” to him, as he knows the “horrors of war.”

“As a former Royal Marine Commando, I know all too well the horrors of war,” he said. “We have employees, partners and distributors in the region directly impacted. They are asking that we take a bold stand. This is one actionable, meaningful thing we can do to make it clear that we support Ukraine.”

The WSB-TV report noted that the alcohol company has also announced that it is giving an undisclosed amount of money to World Central Kitchen to support the nonprofit’s efforts to feed people on the frontlines of the conflict in Ukraine. 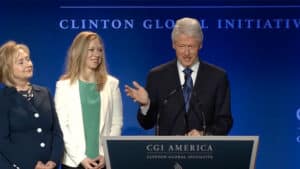