Nearly Three-Quarters of Republicans Do Not Believe Biden Legitimately Won

According to a newly released poll, nearly three-quarters of Republicans have doubts that President Joe Biden’s 2020 election victory was legitimate.

The poll, conducted by the University of Massachusetts at Amherst, found that 71 percent of Republicans view Biden’s win as illegitimate and largely defend the Capitol protesters.

Just six percent of Republicans said that Biden was definitely legitimately elected, while 15 percent said he “probably” is.

Regarding January 6, a majority of 62 percent of Republicans said the people involved were “protestors,” 26 percent referred to them as “patriots,” and 27 percent said they were “Antifa.” Democrats on the hand, nearly equally described those involved in January 6 as “insurrectionists,” “white nationalists” and “rioters” (68 percent each), a “mob” (67 percent) and “terrorists” (64 percent).

“Women and people of color are more likely to use negative words such as ‘insurrection’ and ‘riot’ to describe the events of January 6,” Raymond La Raja, professor of political science at UMass Amherst and associate director of the poll, said in a statement about the results. “Meanwhile older, wealthier, conservatives and whites are more likely to use the term ‘protest’ than other groups. Very few Trump voters view the events as anything worse than a protest.”

A 72 percent majority of Republicans say they do not believe Mike Pence or members of Congress were in danger of harm during the events on January 6, while 84 percent of Democrats say that the lawmakers faced physical threat.

A large majority of those who believe the election was fraudulent, 83 percent, cited issues with ballots.

“Public officials need to shore up faith in how we vote,” La Raja said. “The top reason voters don’t think Biden’s victory was legitimate has to do with belief in fraud – 83% of the poll’s respondents cited fraudulent ballots being counted by election officials to help Biden win in several states. Roughly the same percentage – 81% – claim that absentee ballots from dead people also helped him. Meanwhile, 76% blamed non-citizens and other ineligible voters who cast ballots. These are extremely worrisome perceptions, and improved faith in the electoral process won’t happen until Republicans stop saying the election was stolen.”

Overall, across the political spectrum, six in 10 Americans said that they view Biden’s victory as legitimate.

This University of Massachusetts Amherst Poll of 1,000 respondents nationwide was conducted by YouGov Dec. 14-20. YouGov interviewed 1036 total respondents who were then matched down to a sample of 1,000 to produce the final dataset. The respondents were matched to a sampling frame on gender, age, race and education. 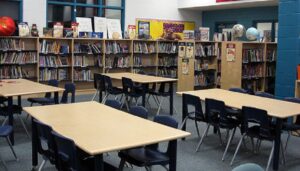