Nearly half of all San Francisco residents say that they were the victim of a crime over the last five years, according to a new poll.

Nearly half of respondents to a wide-ranging poll conducted by The Chronicle said that they were the victim of theft.

Approximately a quarter of those surveyed said that they have been physically attacked or threatened.

The pollsters also found that more black residents reported being the victim of a crime than white residents.

“Forty-five percent of people surveyed for the poll said they had an item stolen within the last five years,” the Chronicle reports. “Proportionally, Black and mixed-race respondents felt a more severe impact than other groups, with a majority — 54% of Black respondents and 55% of mixed-race respondents — reporting they had suffered theft. Property crime rates were lower for white residents, 43% of whom had a possession swiped within the time period.”

Former city supervisor Michael Yaki, who is now a political analyst, told the paper that the numbers are “extraordinarily high.”

“When a car is broken into, and things have been stolen, there’s a sense of personal violation — especially if it occurred on the street that you live,” Yaki said. “The fact that you could have been out there when it happened, and what if you had interrupted it? Those things go through people’s minds.”

The city’s rising crime rate, particularly theft, has become a point of national discussion as leaders had been advocating for softer on crime policies.

“The city was among many that tried a series of reforms after George Floyd’s murder in 2020, though it seemed to retreat two years later, most notably with the recall of progressive district attorney Chesa Boudin,” the Chronicle noted. “The recall came as San Franciscans’ perspective on criminal justice appeared to be shifting, buffeted by a rise in home burglaries and petty thefts that made many residents feel unsafe, even as crime dropped overall. Pandemic lockdowns seemed to push crimes into wealthier neighborhoods, where residents saw garage break-ins and packages lifted from porches, while a dip in tourism led to fewer car burglaries downtown.”

In April, residents of the city filed an official Notice of Intent to recall the Boudin for failing to “adequately prosecute criminals” and not taking “the drug dealing crisis seriously.”

On June 7, 68% of San Francisco residents voted to remove Boudin from office. He had been widely popular during the Black Lives Matter riots of 2020 for his stance on criminal justice reform and ending cash bail.

An annual poll released in May by the San Francisco Chamber of Commerce found that 84 percent of voters said that crime is getting worse. Only 20 percent of respondents said that the city is on the right track, while 76 percent said it is on the wrong track.

The survey also found that crime has become a higher priority for voters, rising from 26 percent saying that public safety is a major issue in 2020, to 46 percent in 2021, and 55 percent this year.

Additionally, a massive 45 percent of respondents told the Chamber of Commerce pollsters that they plan to leave the city in the next few years.

As Timcast previously reported, according to crime data tracker Neighborhood Scout, San Francisco was more dangerous than 96% of cities in America. 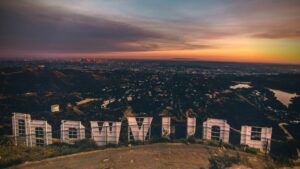