Researchers at the University of California San Diego School of Medicine led the study and concluded that violence increased because of the pandemic response, linking the increase to the economic impact sustained by state residents.

“Californians are experiencing violence at epidemic proportions,” principal investigator Anita Raj, PhD, professor at University of California San Diego School of Medicine and Division of Social Sciences, said in a press release. “Current violence prevention efforts are clearly woefully inadequate and often ignore the gendered nature of violence, its intersections with other socioeconomic vulnerabilities and its disproportionate effects on marginalized populations.”

California currently has the highest lockdown stringency in the US.

California also has the most active Covid cases in the US (by far).

On a per capita basis, Californian’s active cases are about 30 percent higher than that of Florida, which has virtually no restrictions. pic.twitter.com/0H3C2zDA9y

Researchers say most victims never report their experiences, so data used in the study may actually underrepresent the scope of abuse taking place in California. According to the report — which only includes data for those ages 18 and older — only seven percent of females and 13 percent of males who experienced physical violence in the past year filed a formal complaint.

“Our findings suggest the rising rates of violence are linked to the harsher social climate, economic insecurity, and poorer physical and mental health that many Californians have experienced over the last few years due to the pandemic,” Raj said. 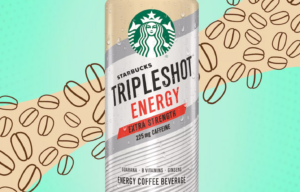