The alliance met this week for a summit in Madrid

Sweden and Finland have been formally invited to join the North Atlantic Treaty Organization.

The countries had previously operated cooperatively with NATO without formally being a part of the alliance. Following Russia’s invasion of Ukraine in February, Sweden and Finland began exploring membership out of concern for national security.

“Today, we have decided to invite Finland and Sweden to become members of NATO, and agreed to sign the Accession Protocols,” read a declaration issued on June 29 by the NATO Heads of States and Government who met at a summit in Madrid.

Turkey had opposed the nations’ admission to the alliance because of the two nations’ more relaxed stance on Kurdish rebels who Turkey classifies as terrorists. The conflict stalled the pre-membership process for weeks.

The country lifted its objection on June 28 after reaching an agreement with Finland and Sweden.

Finland and Sweden agreed to impose more restrictions on groups deemed to be threats to national security and to work toward extraditing those charged with terrorism. The countries will not “impose embargo restrictions in the field of defense industry,” per The New York Post.

The restrictions were enacted in 2019 during a military conflict between Turkey and Syria.

The 30 current members of the alliance will now be sent the membership resolution for final approval.

During the invitations’ announcement during the Madrid Summit, President Joe Biden detailed the current status of the Russia-Ukraine war, including troop movements and equipment shipments, “to demonstrate the importance of security in the face of Moscow’s aggression,” per Republic World.

“We condemn Russia’s war of aggression against Ukraine in the strongest possible terms. It gravely undermines international security and stability,” NATO’s leadership said in its statement. “It is a blatant violation of international law.”

Finland and Sweden can only be admitted if all current members of NATO unanimously agree. The process is expected to take several years. 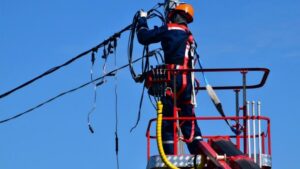