The original draft of a controversial letter sent to the White House by the National School Boards Association called for military intervention over heated meetings and upset parents.

The organization sparked widespread outrage after a September, 2021 letter to the White House requested that those who were speaking out against Critical Race Theory and gender ideology in schools be investigated as “domestic terrorists” under the Patriot Act. Though the letter did not use the word “parents,” it was implied that is who they meant, as that is who generally speaks at school board meetings.

A draft of the letter was included in a 57 page independent review of the incident conducted by the law firm Michael Best & Friedrich LLP that was released on Friday, along with 551 pages of supporting documents.

“We ask that the Army National Guard and its Military Police be deployed to certain school districts and related events where students and school personnel have been subjected to acts and threats of violence,” the draft of the letter read.

The NSBA referred to parents speaking out as “plotters who are targeting schools and educators.”

The letter also originally included a denial that Critical Race Theory was being taught in schools, though that was later removed as well.

“An increasing number of public school officials is facing physical threats because of propaganda purporting the inclusion of critical race theory within classroom instruction and curricula,” the draft said.

The letter was written and sent by former executive director Chip Slaven, who was fired when the scandal came to light. He was working in “active coordination” with White House Senior Advisor to the President on education Mary Wall.

In response, nearly half of all state school board associations said that they were leaving the organization.

NSBA apologized for the letter prior to the review, writing in a statement that there “was no justification for some of the language included in the letter. We should have had a better process in place to allow for consultation on a communication of this significance.”

On Friday, the organization denounced the letter fully and said that they wrongly took sides in a political debate.

“The letter directly contradicts our core commitments to parent engagement, local control and nonpartisanship,” said a statement from John Heim, who was installed as executive director following the backlash, obtained by the Washington Post. “The sentiments shared in the letter do not represent the views or position of the NSBA. The NSBA does not seek or advocate for federal law enforcement intervention at local school board meetings.”

“The attack on public schools is very real, as evidenced by the many false attacks on NSBA’s letter,” Slaven said in a statement to the Post. “The organization owes no one an apology for standing up against violence and threats. I am saddened to see that the current leadership of NSBA appears to be afraid to stand up for local school board members and the students who attend public schools.” 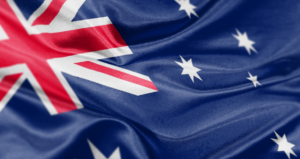